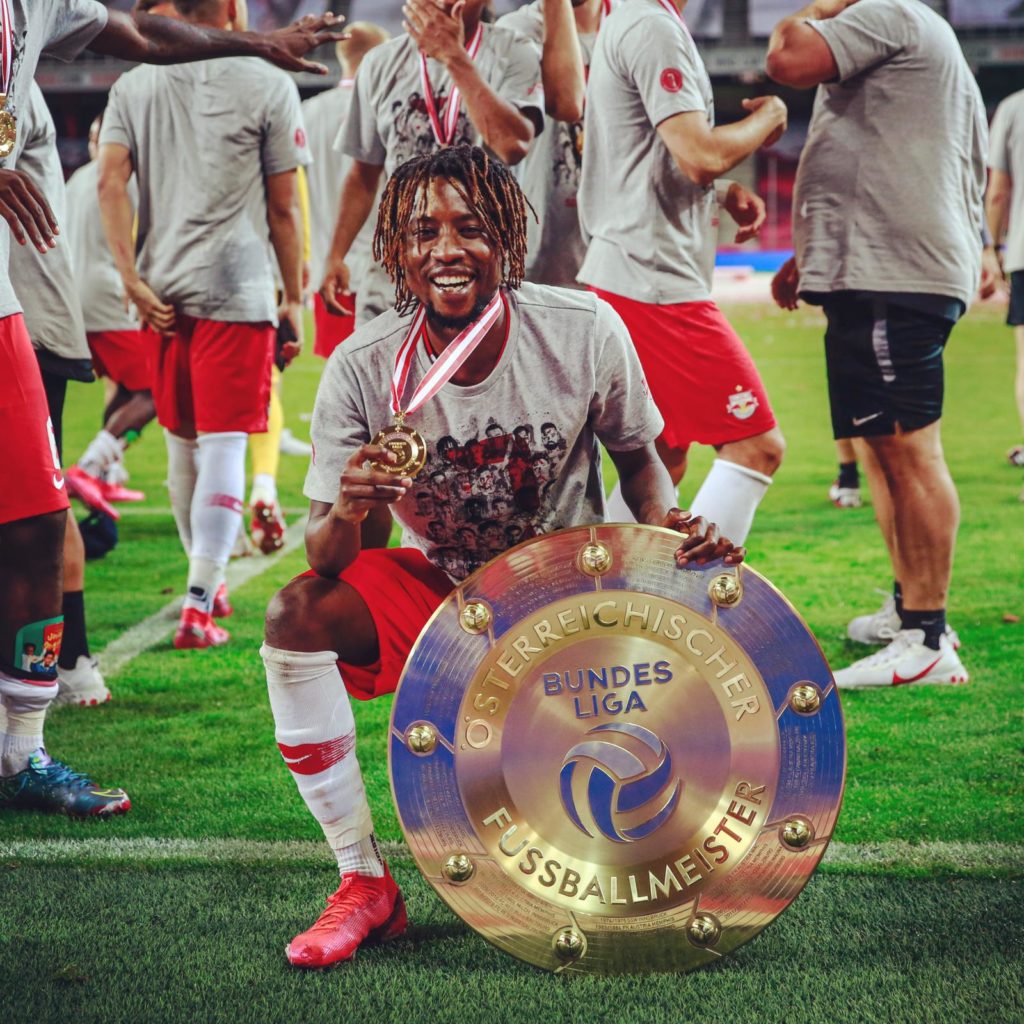 Red Bull Salzburg won the Austrian Bundesliga title after their big win over TSV Hartberg at the weekend, but were handed the title after victory over Sturm Graz on Wednesday night.

The former WAFA midfielder has been an integral member of the club this season, making 20 appearances as Die Mozartstadter dominated the domestic competitions.

"Thank You to the fans for your unflinching support throughout the season. You made this possible," an ecstatic Ashimeru posted on Twitter.

Thank You to the fans for your unflinching support throughout the seaon. You made this possible💪💪#Maker pic.twitter.com/s26dzMqXub

The success was the Ghanaian midfielder's second of the campaign after winning the OFB Cup earlier in June.

The 22-year old joined Red Bull Salzburg in 2017, but had to spend timeon loan at Austria Lestanaeu, Wolfsberger AC and FC St. Gallen.