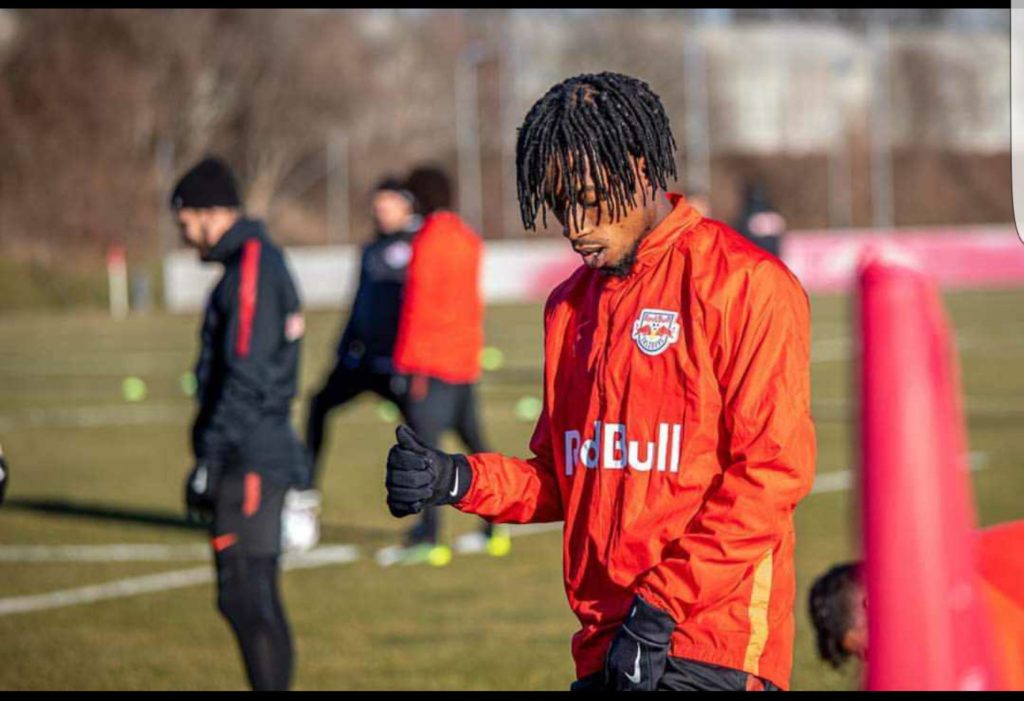 Ghanaian midfielder Majeed Ashimeru has returned to Austria to join the rest of the Red Bull Salzburg squad for preparations ahead of the start of the second round of the season.

The former WAFA star was in Ghana for the holidays, where he visited his former club and made some donations.

He joins Red Bull Salzburg as they begin preseason exercises before competitive football returns in Austria.

The Austrian giants have lined up a couple of friendlies including games against Al Arabi, Zenit St. Petersburg and Gornik Zabrze.

They will then travel to Amstetten for their first competitive game of 2020 before the Austrian Bundesliga returns on February 14.

Majeed Ashimeru is enjoying a good campaign with the Salzburg based club this season, having made 11 Bundesliga appearances, scoring two goals.