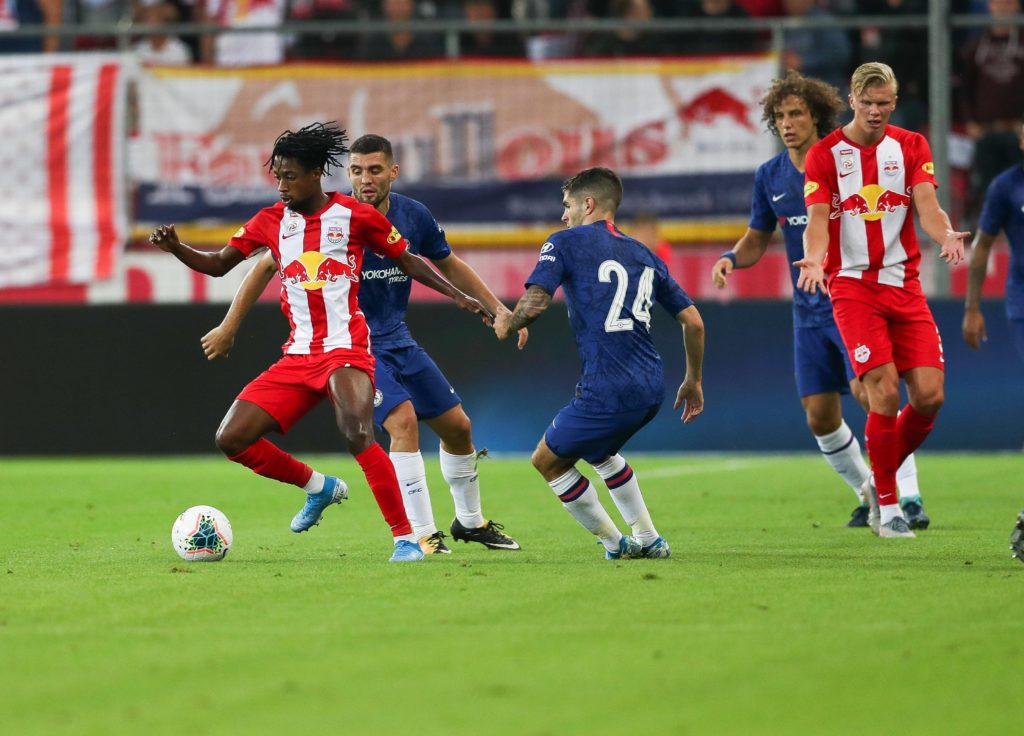 Midfieder Majeed Ashimeru was handed a starting role and countryman Gideon Mensah a second half substitute for Austrian side Red Bull Salzburg in their 5-3 friendly defeat to English giants Chelsea.

Ashimeru played on the right side of midfield which had Diadie Samassekou and Mohammed Camara in the centre with Dominik Szoboszlai on the left.

He hit his first shot on goal from a central position after three minutes.

Mensah was one of the many who came on for the second half of the friendly match.

He came on to replace Andreas Ulmer.