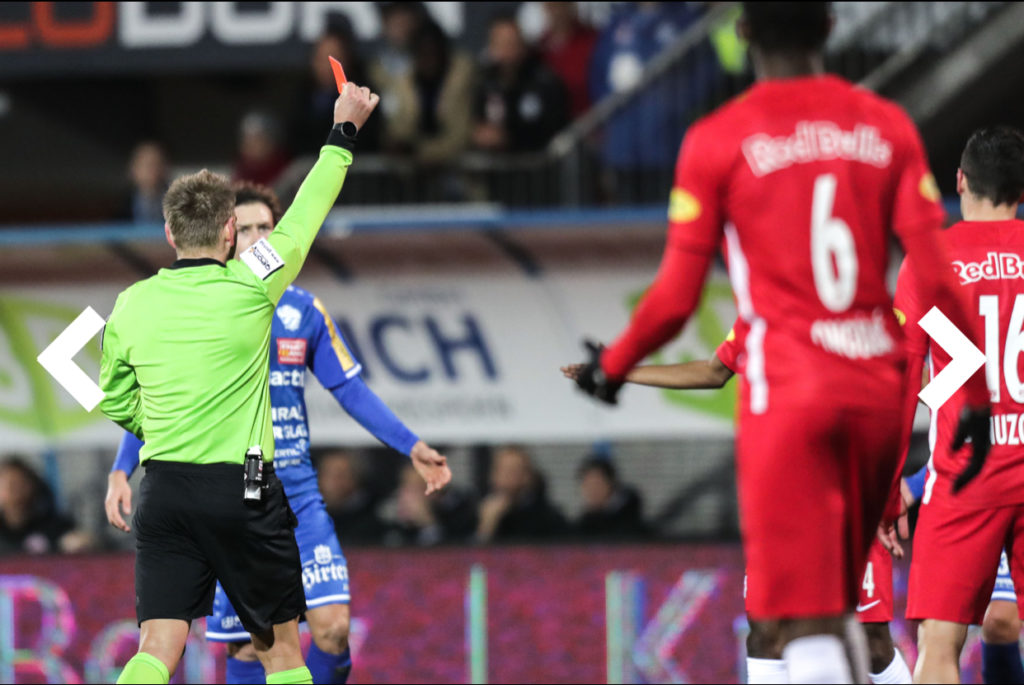 Ghanaian midfielder Majeed Ashimeru let his Red Bull Salzburg teammates down after he was sent off in their 2-2 draw against Hartberg in the Austrian Bundesliga on Saturday.

Red Bull coach Jesse Marsch was forced to make changes his line-up that lost to Liverpool in the UEFA Champions League on Tuesday due to several injuries.

Majeed Ashimeru was one of the players that benefitted from the changes but did not make it count as he was handed a contentious 16th minute red card by referee Schüttengruber.

The numerical disadvantage played in Hartberg’s hands as they fetched the opener through Rajko Rep in the 24th minute.

But the visitors soon found their backs against the wall as Dario Tadic converted a 53rd minute for Hartberg to regain their lead.

Ashimeru has scored two goals in 16 matches in all competitions for the club this term.