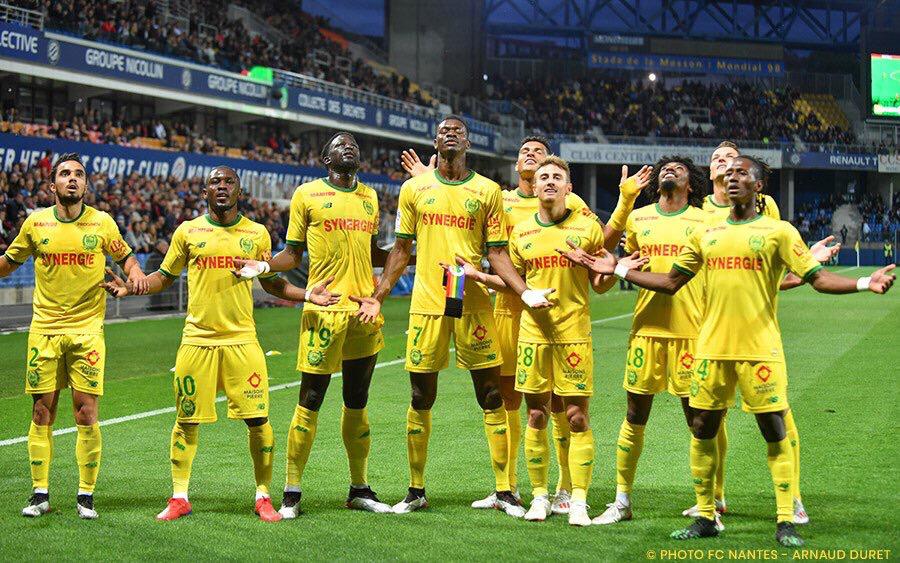 Ghana forward Majeed Waris is enjoying a stellar season at Ligue 1 side FC Nantes after lasting eighty minutes of their 1-1 draw with Montpellier.

The on-loan Porto forward was returning to the starting line up after missing the game against OGC Nice last week.

Waris was full of energy and gave the defence of Montpellier many headaches before his strike partner Kalifa Coulibaly opened the scoring in the 24th minute.

Coach Vahid Halilhodžić replaced Majeed Waris in the 80th minute, with Anthony Libombe coming on for the attacker.

Waris has scored 7 goals with five assists in all competitions for the Canaries this season.

The Porto forward is expected to return to his parent club in the summer but Waris has revealed he will be staying in France next season.

"If I have the opportunity yes, of course. In Nantes ? Yes, why not ... Everything is possible. But it does not depend on me, there are many factors," he told pressocean.fr.

"I like Ligue 1, it's one of the best leagues in Europe, and I know I'll play in France next year, but I do not know where else," Waris added