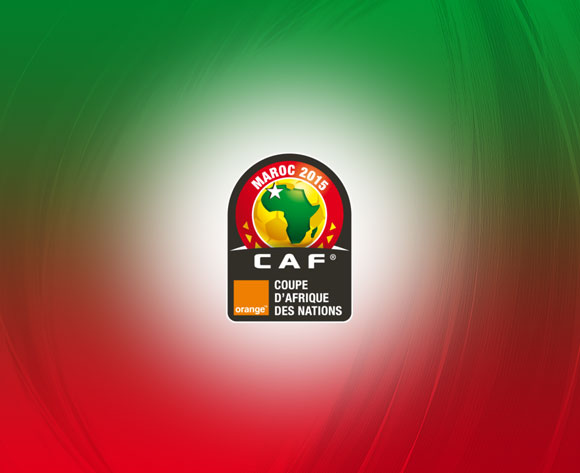 This week we will pass the halfway stage of the qualification series for the 2015 Africa Cup of Nations.

By next weekend, the seven groups will have firmly taken shape and we may be in a position to pencil-in some of the the 15 nations that will join Morocco at the continental high table in January.

Following the first round of games, several high-profile nations have dropped points or have even fallen to defeat.

Nigeria, Ivory Coast and Egypt have all been beaten, while Ghana were only saved from a similar predicament against Uganda by an Andre Ayew penalty.

It will all be clearer after the next two rounds of games, but at this moment in time it looks likely that at least one major side wonâ€™t make it to the African main event early next year.

There is, of course, precedent to this.

Reigning African champions Nigeria may have shone in 2013, but a year earlier they had missed out altogether as Zambia claimed the crown in Angola.

Similarly, Egypt, the dominant force in Africa for three consecutive competitions, failed to earn an invitation to the last two tournaments â€“ they were absent in 2012 and didnâ€™t qualify either the year after, for South Africa 2013.

Cameroon and Bafana Bafana also know what it feels like to watch from afar as the continentâ€™s finest contest Africaâ€™s highest honour.

But who will it be this year?

Perhaps the first name that springs to mind is Egypt, who look on course to complete an unhappy hat-trick this year. Over the last few years the nation has undergone a devastating civil war, domestic football has been, at times, decimated, while the national side has been subject to immense transition.

The Golden Generation departed one by one, with the likes of Wael Gomaa and Mohamed Aboutrika â€“ true African greats â€“ ending their glittering international careers in ignominy as the Pharaohs were smashed 6-1 by Ghana in Kumasi in a World Cup qualifier.

The North-African giants were dealt a tough hand with a taxing group-stage draw. Not only were they paired with Senegal, a side who have their own recent experiences of missing out on Nations Cups, but they were also joined by local rivals Tunisia.

All was not lost, however, and with a good start, Egypt could have placed themselves in a positive position ahead of the upcoming double-header with Botswana.

Things have gone about as disastrously as they good.

Egypt remain, plainly, a team in transition. They lacked cohesion and intensity as they were beaten 2-0 by Senegal in their qualifying opener, and it didnâ€™t help that their star man, the hope of the new generation, Mohamed Salah, was clearly lacking match sharpness. The former Basel forward has been resigned to a bit-part role at Chelsea this year and, shorn of game time, he was guilty of several clumsy touches and wayward finishing.

Having been beaten by Senegal, the Pharaohs were defeated by Tunisia. Heading into their double against Botswana, they find themselves six points behind both Senegal and the Eagles of Carthage.

It is imperative they beat the Zebras, however, with the federation unhelpfully threatening Shawky Gharib with dismissal should he fail to qualify, and the manager himself losing faith with a swathe of the players he invited for the first two matches, they look sent for an extended spell away from the continental spotlights.

Nigeria are another giant whose progress looks less than certain.

After two games, the Super Eagles sit on one point, behind both South Africa (with four) and the Republic of Congo (with six). Perhaps Nigeria will take solace from the fact that they face group whipping boys Sudan (who have zero points), but the Falcons of Jediane will take confidence from the reigning championsâ€™ recent performances.

Stephen Keshiâ€™s side ended their 33-year record of home dominance by losing 3-2 to Congo in Calabar in September, ending a run that had stood since 1981. They followed that up with a lacklustre 0-0 draw against South Africa in Cape Town.

The managerâ€™s position is under increasing threat and a recent squabble with Emmanuel Emenike hasnâ€™t helped matters. The inclusions of the likes of Hope Akpan, Michael Babatunde and Raheem Lawal may well freshen-up the squad, but the loss of Victor Moses through injury is a major blow and may spell disaster for the Super Eaglesâ€™ AFCON aspirations.

However, if Nigeria can â€˜come goodâ€™ against Sudan, could South Africa find themselves in rocky territory?

Bafana Bafana impressed in the second half against the North Africans last month, but appeared toothless against Nigeria and found themselves under increasing pressure as the match wore on.

Mashaba has returned to old-timers such as Reneilwe Letsholonyane and Tefu Mashamaite, suggesting he isnâ€™t totally convinced by those that avoided defeat against Nigeria and Sudan.

Thulani Sereroâ€™s return should bring composure and class to the midfield, but Bafana will need to be wary of Congo. In Thievy Bifouma, the Red Devils boast a tricky and occasionally explosive forward, while the indefatigable Prince Oniangue will look to cause trouble for Dean Furman, Oupa Manyisa and Andile Jali.

Nigeria and their supporters witnessed, first hand, just how effective Congo could be. They are well-organised and determined under Claude Le Roy and, in Bifouma, possess menace in attack.

The team did, however, look a little naÃ¯ve in defence against Nigeria. With high-profile centre-back Christopher Samba having refused a call-up, there will be concern that Le Royâ€™s team may have a weak underbelly which the likes of Mandla Masango, Tokelo Rantie and the newly-recalled Kermit Erasmus may enjoy some joy.

For Bafana to avoid another uncomfortable absence from the top table, they will need to demonstrate, once again, the qualities that they boasted in their first two qualifying matches. Only two other sides (Burkina Faso and Senegal) are yet to concede a goal in AFCON qualifying and it is important they retain this resiliency in Pointe-Noire and then Polokwane.