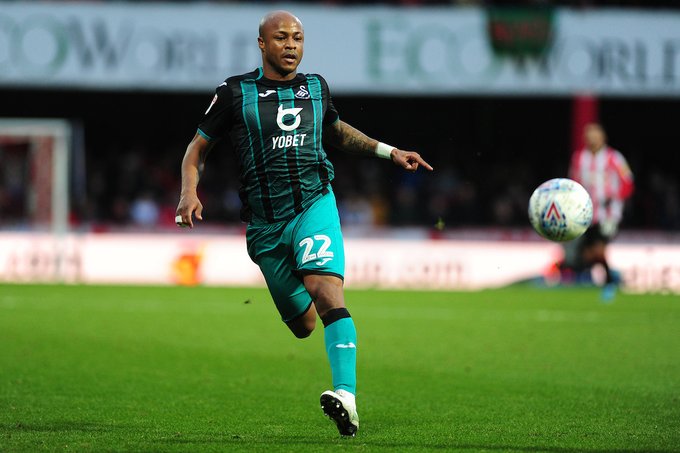 Swansea City fans have named Andre Ayew in a three-man shortlist for the club's Player of the Season award.

With football suspended in the country, the club's end of season awards will no longer take place as previously scheduled.

But with 80% of the 2019/20 Championship season already played, the fans have gone ahead to pick their top three performers for the season and that includes the Ghana captain.

Ayew is the club's top marksman with 14 goals in all competitions this term.

His leadership skills have been vital in what is a largely inexperienced side.

The 30-year-old has always led by example with his desire and work rate while his end product numbers are the best of Swansea's attackers.

Ayew - who is the club's vice-captain - is a key figure in the dressing room and on the training ground at Fairwood.

The other two contenders are Freddie Woodman and Kyle Naughton.