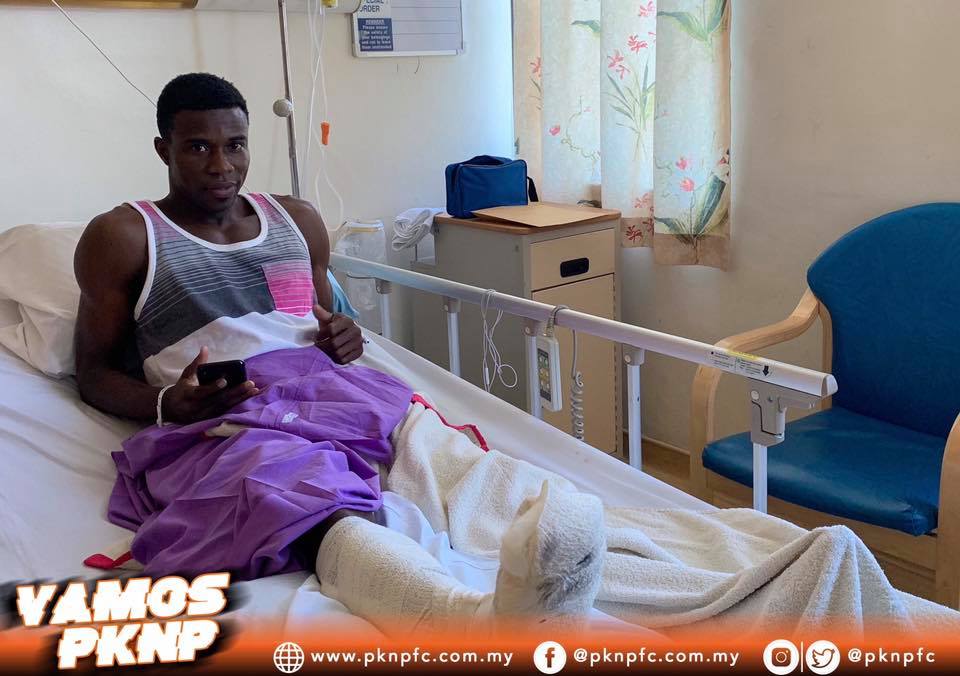 Ghanaian midfielder Thomas Abbey is facing up to eight weeks on the sidelines after fracturing his metatarsal for Malaysian side PKNP FC.

The club reported on Tuesday that the former Hearts of Oak captain suffered the injury during training.

Abbey was on course to recapture his lost form and recently scored his second league goal for PKNP FC in the 2-2 draw with Terengganu.

The 25-year-old signed a deal with PKNP FC in December last year after terminating his contract with Ismaily SC of Egypt.