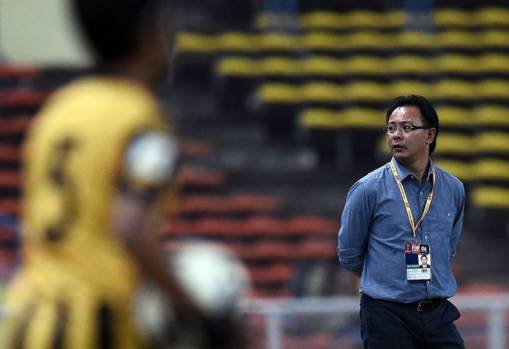 Ong, who was handed the reins of Harimau Malaysia on a two-year deal back in January following the departure of Dollah Salleh, has set his sights on advancing to the third and final round of qualifiers for the 2019 Asian Cup, which will be held in the United Arab Emirates.

But after the Malaysians finished fourth in Group A in the previous round, they will now have to see off fellow Southeast Asian side Timor-Leste over two legs if they are to achieve just that.

On paper, Ong’s charges will head into the tie as favourites and, as expected, a significant portion of the team – ten in total – hail from reigning Malaysia Super League and AFC Cup champions Johor Darul Ta’zim (JDT), including captain and playmaker Safiq Rahim, talismanic centre-back Aidil Zafuan and evergreen striker Amri Yahyah.

There is no place, however, for Safee Sali, arguably Malaysia’s most lethal forward over the past decade or his former strike partner Norshahrul Idlan Talaha. Instead, up-and-coming prospects such as PDRM’s Abdul Latiff Suhaimi and Penang’s teenage prodigy S. Kumaahran have been given a chance to prove their worth.

Before they meet Timor-Leste on June 2 and 7, with both games to be hosted at the Larkin Stadium in Johor Bahru, Harimau Malaysia will warm up with a friendly against Myanmar in Yangon at the end of this month.