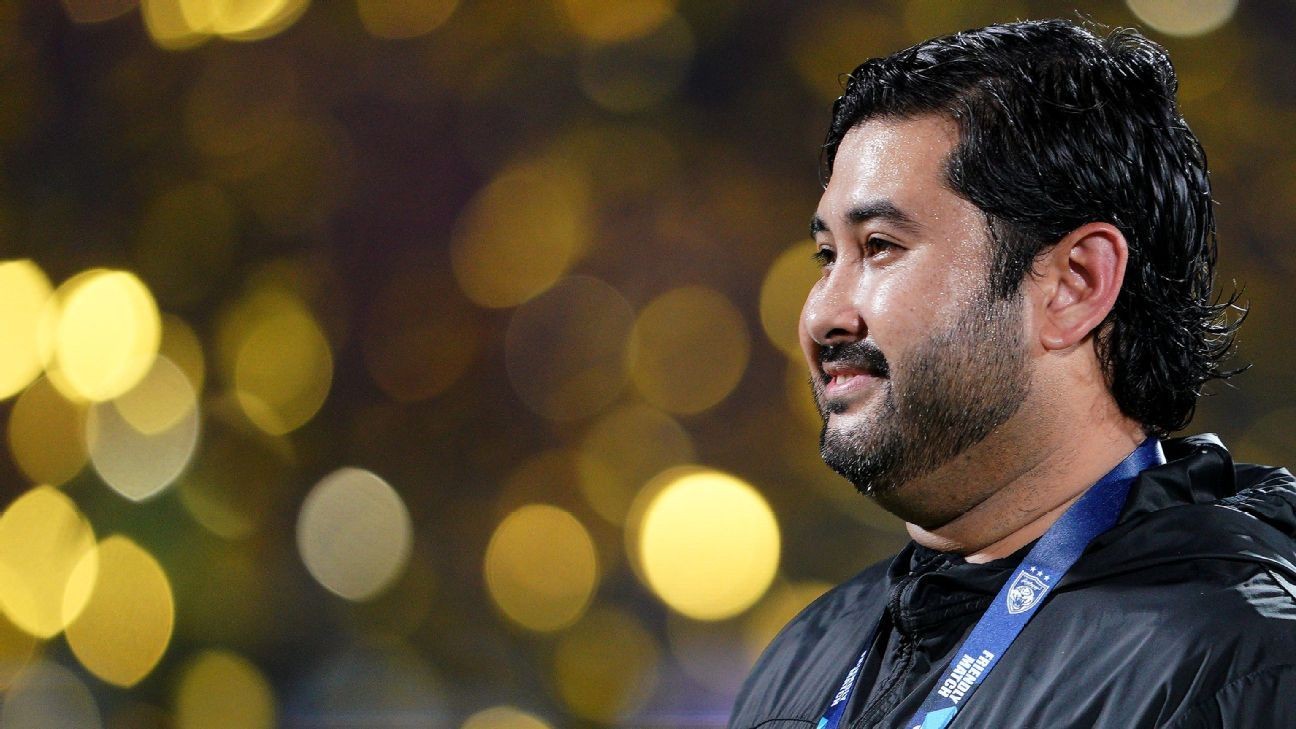 Valencia fans have been hoping for a new owner for some time. Photo by Allsport Co./Getty Images

The 36-year-old posted a series of stories on Instagram that included screenshots of articles about Valencia and a page that places the club's value at €408 million followed by a statement about why he is interested in purchasing the club.

"I've created a Club [JDTFC] from every year fighting relegation to a dominating champion. I've won 16 titles in eight years. We are the biggest in South east Asia and one of the biggest in Asia.

"I want to expand my Empire, spread my wings, and go for new Challenges. I'm not someone who will change your club logo or tradition.... I'm here for glory, success and history...What does Valencia need? You need someone who knows about football, hungry for success, passionate and understand how big Valencia is as a club."

Lim has not indicated he is interested in selling the club.

He acquired the then debt-ridden Valencia in 2014 but has not been a popular figure, with the club having regularly been forced to sell their top players to reduce the club's high debts.

The ownership of Valencia has been widely criticised in Spain with popular players Dani Parejo and Rodrigo sold last summer, with the club making no signings to strengthen the squad.

There have been calls for Lim, who is rarely in Valencia, to move aside and sell the club. Since his takeover of Los Che in 2014, Lim has appointed seven coaches.

Valencia coach Javi Gracia is under fire with the team having won just two league games since the start of the year.

Defender Gabriel Paulista could not hold back tears when he was asked after Saturday's 3-0 loss at Getafe about his team's situation.

Los Che are 14th in the league, five points clear of the drop zone ahead of Friday's game against Villarreal.