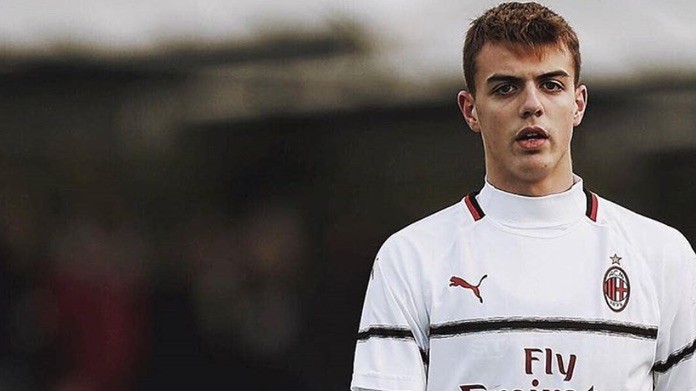 AC Milan youth player Daniel Maldini, son of club legend and sporting director Paolo Maldini, has received his first call-up to the Italian Under-18 set up.

The 17-year-old could follow in the footsteps of his father and grandfather Cesare were he to feature for the Azzurrini, who are due to play Holland in a friendly.

La Gazzetta dello Sport understands recent performances were sufficient for coach Daniele Franceschini to call up Maldini, who has impressed in attack for the Primavera.

Having scored nine goals in all competitions this season the young Maldini has begun to forge his own legacy as a second striker, already developing a reputation as a set-piece specialist.

The news serves as a testament to the improvements made in youth investment at Milan, which has seen the likes of Gianluigi Donnarumma and Davide Calabria join the first team in recent years.

Christian Maldini, older brother of Daniel, was also a youth player at Milan and now plays for Fano.