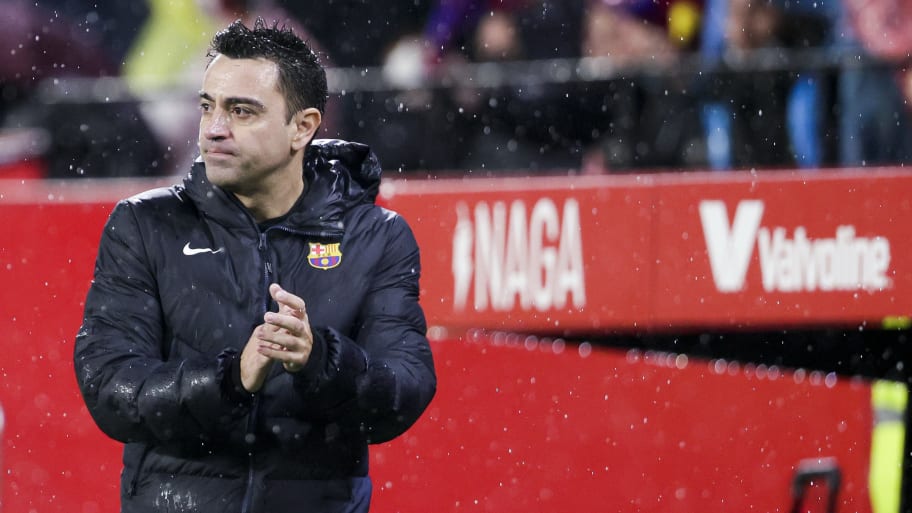 RCD Mallorca have denied claims from Barcelona head coach Xavi that they asked to postpone Sunday's meeting with the Blaugrana.

Barça boss Xavi said in the build-up to the fixture that his squad were feeling the effects of injuries and Covid-19, and that Mallorca had in fact requested its postponement.

"It's the right time to postpone the match," Xavi said. "Mallorca have also requested it. Games have been suspended due to absences, we have to apply common sense. It's not a complaint, it's not an excuse, it's the reality."

However, Mallorca confirmed to Spanish outlet Marca that Xavi's claim was baseless and that they are planning for the game to go ahead.

Mallorca manager Luis Garcia Plaza said: "We're the side with the most absences in all of La Liga. But because there's a situation now at Barcelona, a lot of people are talking about it.

"It seems as though Barcelona are the side with problems. Their substitutes could be starters here. Whichever team wins, it won't be because of absentees."

Barcelona return to action sitting seventh in La Liga's table, but only two points off the top four.

Sunday's trip to Mallorca will be followed by an away tie with Linares Deportivo in the Copa del Rey on Wednesday before travelling to Granada.

Barça then jet off to Saudi Arabia to face Real Madrid in the Spanish Super Cup, before finally returning to Camp Nou on January 18 against top four rivals Rayo Vallecano.

This article was originally published on 90min as Mallorca deny requesting postponement of Barcelona fixture.