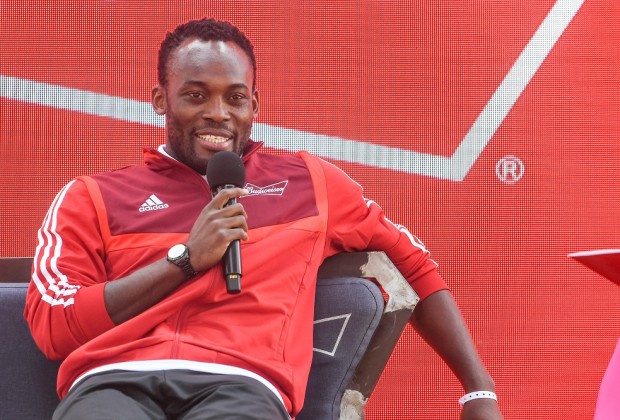 Mamelodi Sundowns coach Pitso Mosimane has revealed that it gladdens his heart to get praises from African greats including Michael Essien.

The Ghana legend was on a Budweiser campaign tour in South Africa some few weeks ago, where he revealed he admired the "Brazilians" and if he was to play in the PSL, he would join Sundowns.

“When Jay Jay Okocha says ‘wow, I like the way Sundowns plays. If I was to play football in this country, that’s the team I’d play for’. Michael Essien can say ‘Sundowns is a team I like’," he quoted as saying by Kickoff.com.

"You know where these people played? They played at the highest ever level. When Aliou Cisse [Senegal national team coach] says ‘hey coach, I’m waiting for your game’. When I hear Florent [Ibenge] saying ‘I can’t wait to see your match’. That’s what fulfils me, to say the product is right, the team is right.”