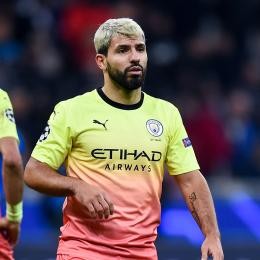 City’s all-time leading scorer Aguero is out of contract at the Etihad Stadium in the summer. Almost unnoticed, the fourth highest scorer in Premier League history and the man responsible for the most iconic goal in the entire competition is in danger of becoming a marginal figure as Guardiola's reshaped team chase an unprecedented quadruple. The club's record scorer is open to the idea of staying on into next season, even if there is interest from Paris St-Germain, Barcelona and Italian duo Juventus and Inter Milan.

Guardiola has said repeatedly that Aguero's status at City affords him the right to choose the time of his exit. Yet that does not tell the entire story. For what the striker needs to know is what kind of future is he going to be offered.
Guardiola was vague when he most recently spoke about the situation: "Sergio is the most important person at this club. He scored the most important goal. We want to help him but at the same time, there are other players who want to play too. I get money to make the decisions and I always judge on performance."