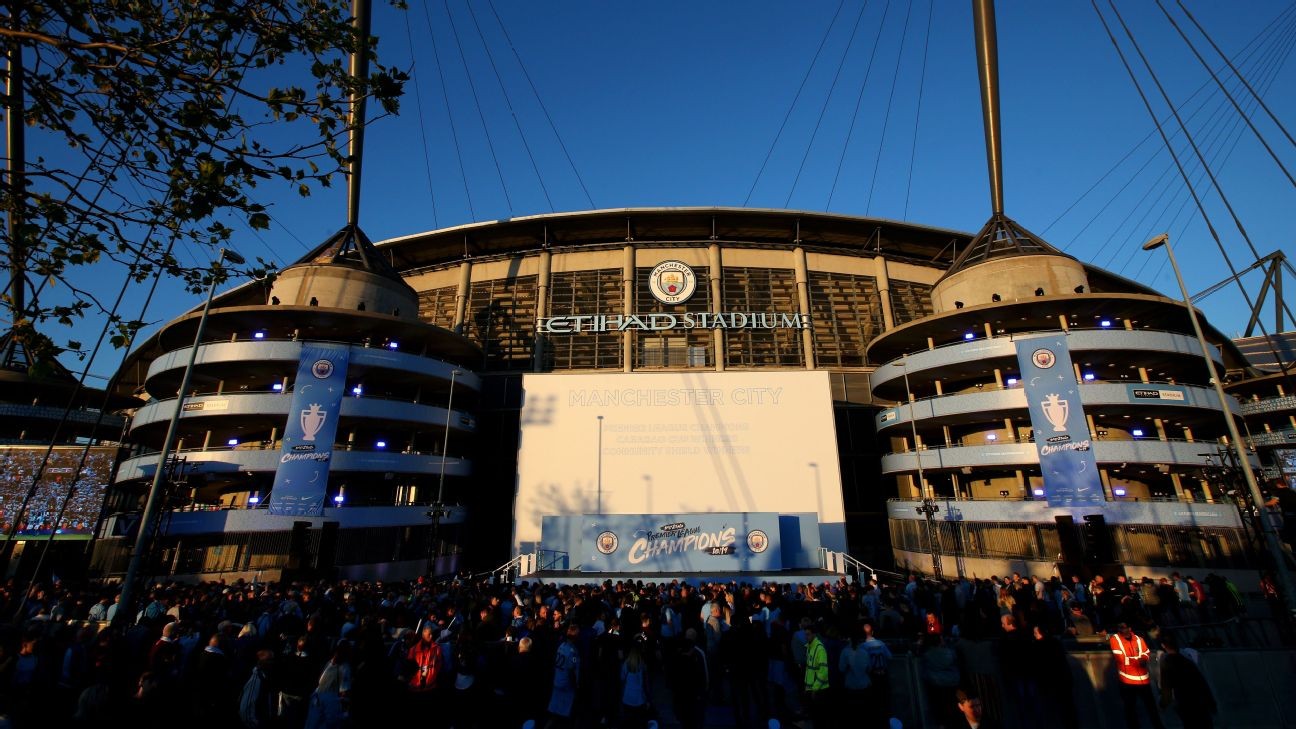 The Luck Index shows Manchester City were unlucky not to pass 100 points again, and beat Liverpool to the Premier League by a bigger margin.

Man City kicked off their season perfectly with a 5-0 drubbing of West Ham at the Olympic Stadium.

Ilkay Gundogan explains it's always been a huge achievement to play under Pep Guardiola after he extended his Man City contract to 2023.

Defender Joao Cancelo outlines what he expects from the Premier League after securing his move to Manchester City.

ESPN FC's Shaka Hislop will "always defend VAR" and doesn't understand why people are so resistant to evidence it's a positive.

Manchester City have avoided a transfer ban despite admitting breaking FIFA rules on signing young players but were fined £315,000 after breaching rules on the transfer and regulation of foreign players under the age of 18.

There was a risk they could be punished with a transfer ban after Chelsea were banned from registering new players for two windows after a similar breach of FIFA regulations. Chelsea cannot sign new players until the end of January 2020.

Instead, City have been hit with a fine after admitting breaking the rules. A statement issued by FIFA on Tuesday read: "The FIFA Disciplinary Committee has sanctioned English club Manchester City FC for breaches relating to the international transfer and registration of players under the age of 18.

"Manchester City FC was found to have breached, amongst others, article 19 of the FIFA Regulations on the Status and Transfer of Players.

"The Disciplinary Committee took into account the fact that Manchester City FC accepted its responsibility and sanctioned the club with a fine of CHF 370,000.

"The protection of minors is a key element in FIFA's overall regulatory framework relating to the transfer of players, and the effective enforcement of these rules is paramount, as has also been confirmed on various occasions by the Court of Arbitration for Sport."

City are also facing a separate investigation from UEFA regarding financial fair play (FFP), which was opened in March. The club have appealed to the Court of Arbitration for Sport (CAS) against UEFA's investigation and club chairman Khaldoon Al Mubarak has said the club will "unquestionably prevail."