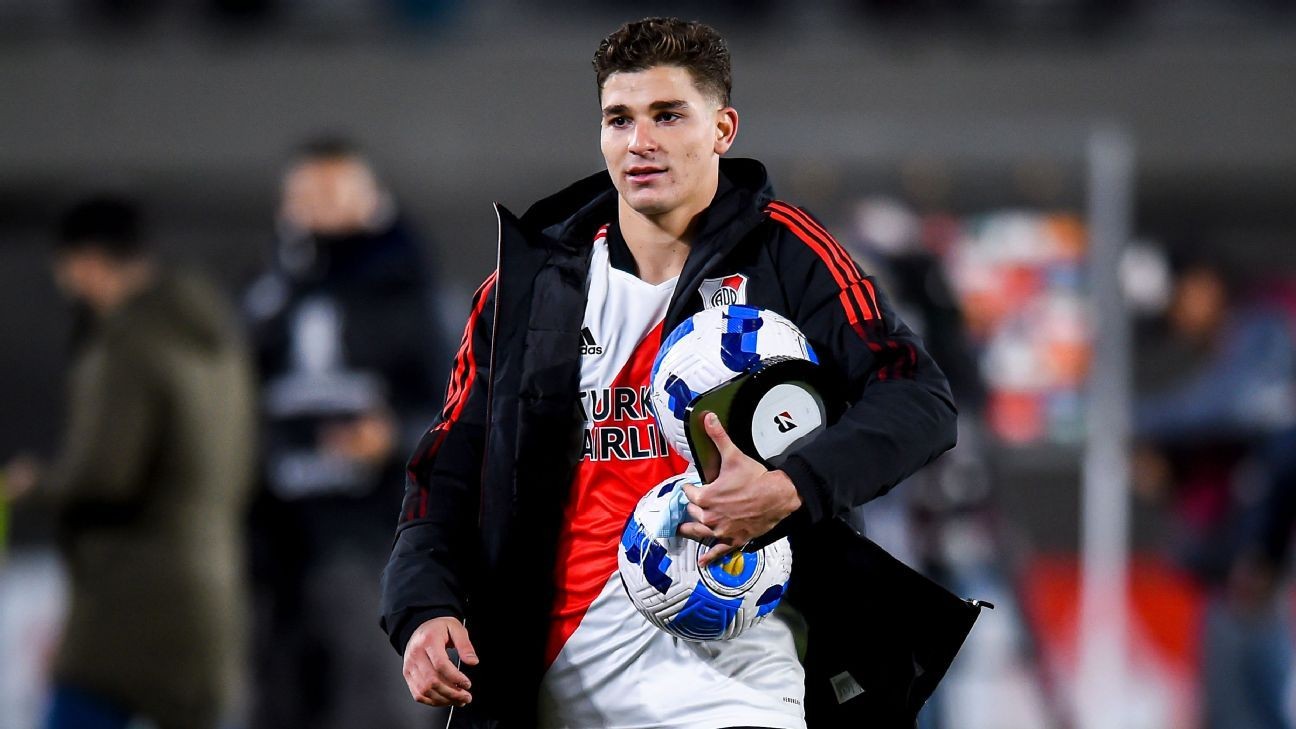 Weeks ahead of his move to Manchester City, forward Julian Alvarez scored six goals for River Plate in a 8-1 Copa Libertadores thrashing of Alianza Lima on Wednesday night.

Alvarez, 22, netted three before the half and three after in River's final Group F match of South America's continental club competition to tie Juan Carlos Sanchez's record for goals in a Libertadores game set in in 1985 while playing for Bolivian side Blooming.

The Premier League champions signed Alvarez to a five-and-a-half year deal from River in January for a fee of €17 million, but remained on loan with the Argentine club ahead of joining City this summer. He is expected to take part in the U.S. preseason tour for Pep Guardiola's side in July along with fellow new signing Erling Haaland from Borussia Dortmund.

There had been speculation that Alvarez could be sent out on loan next season, but Man City chief executive Ferran Soriano downplayed that possibility on Wednesday, saying: "We've had many offers from clubs to loan Julian Alvarez, but he is not going to leave.

"He will do preseason with us and I think he will stay. Barcelona? No, Barca were not interested."

Alvarez, who has seven caps with the Argentina national team since his first appearance in June, 2021, made his senior debut for River in October of 2018.

When City signed the promising young attacker in January, the club's director of football Txiki Begiristain said: "Julian is a player we have monitored for some time. He is capable of operating in a number of attacking roles, and we firmly believe he's one of the best young attacking players in South America.

"I am so happy we have managed to bring him to Manchester City. I really believe we can provide him with the right conditions to fulfil his potential and become a top player."