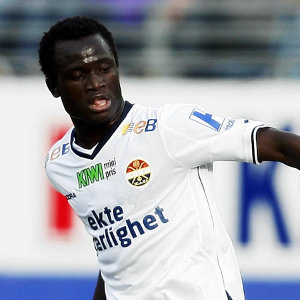 Last month, the German side claimed they have secured the services of the talented midfielder from the English Premier League leaders.

The 20-year-old is currently a member of Ghana's campaign at the 2012 Africa Cup of Nations.

He played on loan at Norwegian side Stromsgodset last season and was voted Player of the Year.

Abu has been in top shape since he was signed by the Eastlands outfit two seasons ago.

He is expected to help Frankfurt return to the Bundesliga next season.