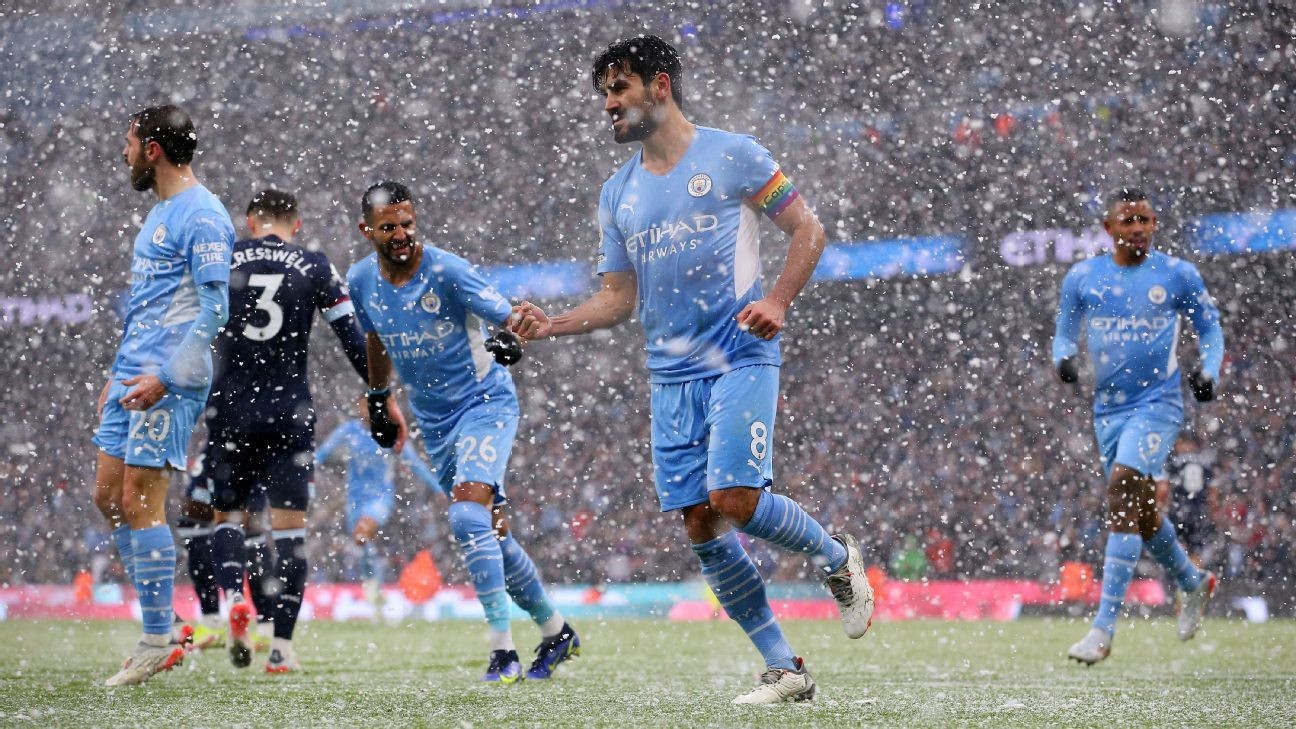 Snow may have slowed down proceedings at the Etihad on Sunday but it didn't stop Manchester City from securing a 2-1 win over fellow top four contenders West Ham United.

Unlike Tottenham Hotspur vs. Burnley which was postponed earlier in the day, the match in Manchester went ahead but it was difficult at times to see the pitch through the flurries of snow. The start of the second half was delayed by five minutes as groundstaff sought to clear the pitch.

Ilkay Gundogan broke the deadlock on 33 minutes when Joao Cancelo struck a ball down the right to Riyad Mahrez. The Algeria international then set Gundogan up for a simple tap into the net.

Fernandinho added a second on 90 minutes with one of his first touches of the match after replacing Raheem Sterling on 87 minutes.

City took a short corner which West Ham defended but only momentarily, allowing Fernandinho to get a low shot off on goal.

West Ham did have a few promising attacks with one of the most frustrating chances coming in the second half seeing Vladimir Coufal and Michail Antonio both going for the same ball allowing City the chance to clear and avert danger.

They finally scored deep into added time when Manuel Lanzini dispossessed Fernandinho and volleyed the ball off the post and into the net.