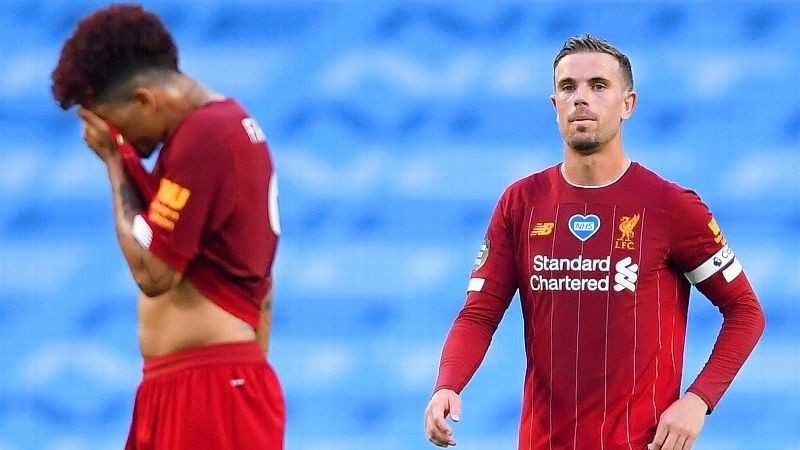 - See how the Premier League table is shaping up

The match pitted last year's league champions against an error-prone side that was back in action following Chelsea's win over City last week that sealed the title for Liverpool.

City provided visitors Liverpool a guard of honour and a short round of applause prior to kick-off at Etihad Stadium, but it was the home side that claimed three points.

Liverpool started off well and looked lively but defensive errors began to mount and saw them lose just their second Premier League match this season.

Foden then got a goal for himself after a build-up and exchange of passes with De Bruyne.

City's fourth goal came after the half when Sterling's shot seemed to be going wide of the net only to see Alex Oxlade-Chamberlain deflect it back on target for an own-goal.