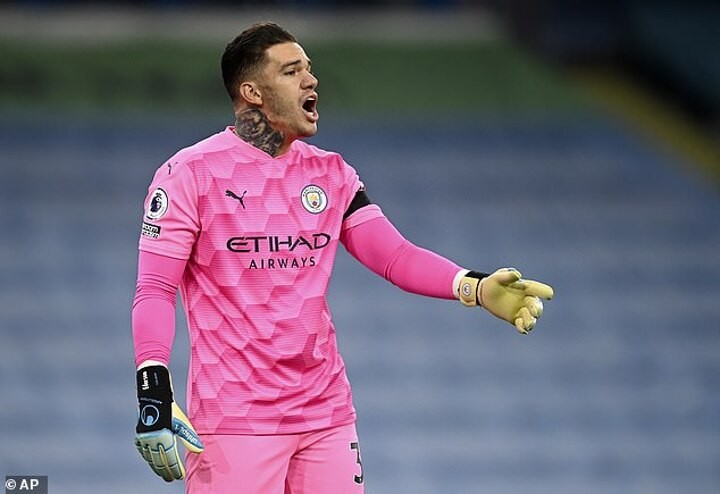 Manchester City goalkeeper Ederson has called for the use of concussion substitutes after Raul Jimenez fractured his skull on Sunday.

Ederson was at home watching Wolves’ victory at Arsenal when his former Benfica team-mate Jimenez clashed heads with David Luiz.

The Brazilian himself came off with a nasty head injury after colliding with the boot of Liverpool’s Sadio Mane in 2017, requiring lengthy treatment and oxygen, and wants new rules implemented.

‘I was very worried watching Raul,’ Ederson said. ‘It was an accidental clash, a head to head. All the concern and care is very important.

‘It is a part of the body that is very fragile and needs special attention. When there is a blow to the head there should be a substitution (until) whether the player can continue.

‘You might be feeling OK at the time but after the game you feel the consequences. It wasn’t an intentional blow, they went to compete for the ball but we know the risks of a head injury. I hope he returns quickly and is back as soon as possible.’

City manager Pep Guardiola echoed Ederson’s sentiment, adding: ‘A concussion in the head you have to be careful, this is the most important thing.

‘I don't know the protocols, they should be clear. But in the head it's so, so dangerous.’

City head to Porto on Tuesday night needing a draw to make certain top spot in their Champions League group. They are likely to do that without Sergio Aguero, who did not train on Monday morning after feeling a ‘disturbance’ in his knee over the weekend.