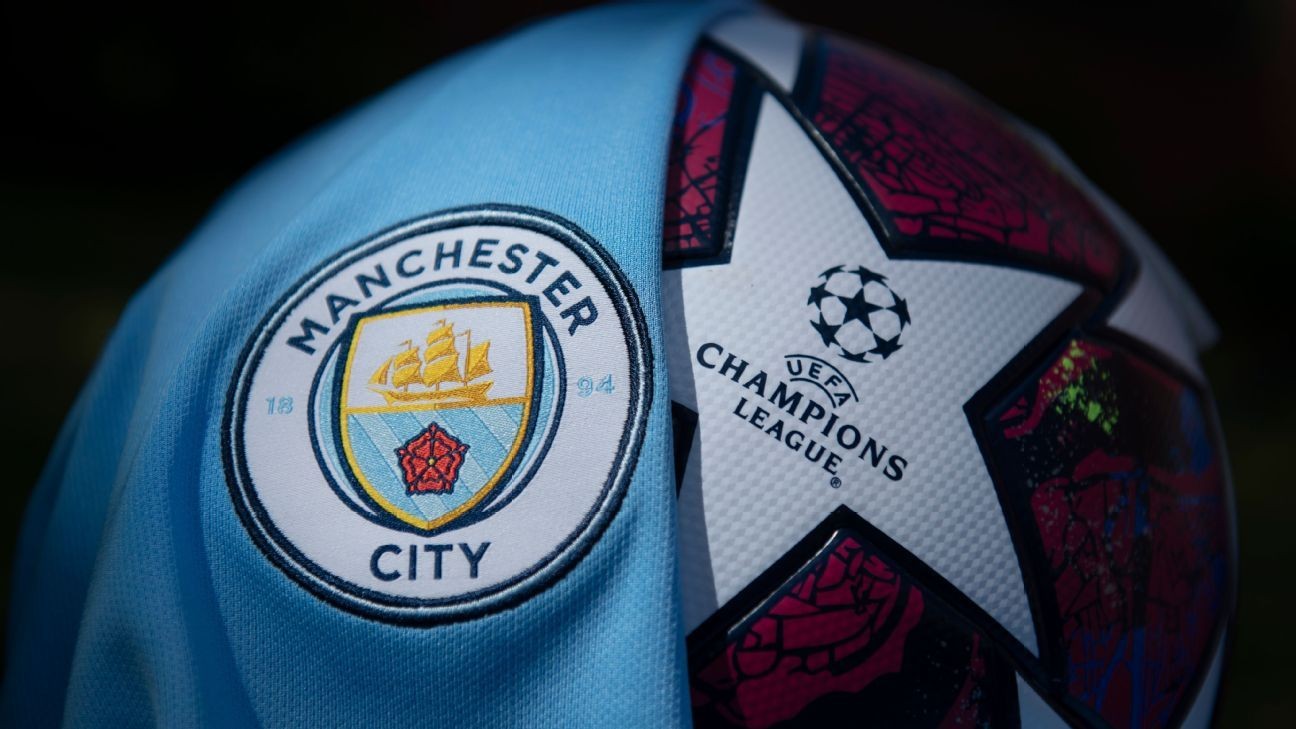 Manchester City have won their appeal to the Court of Arbitration for Sport (CAS) over alleged financial fair play violations and are free to play in the Champions League next season, it was announced on Monday.

City were originally banned from European competitions for two seasons but won their appeal to CAS, meaning fifth place in the Premier League will no longer qualify for the Champions League. Manchester United occupy fifth in the table as it stands, behind third-place Chelsea and fourth-place Leicester City.

An initial fine of €30 million was also reduced to €10m following Monday's verdict. The CAS said that most of the alleged breaches were not established or time-bound.

The Club Financial Control Body (CFCB) had previously found that City "committed serious breaches" of FFP regulations -- which limit the net losses that clubs can accrue over a three-year period -- between 2012 and 2016 and failed to cooperate with the subsequent investigation.

City took their case to CAS on June 8 after the initial ban and fine were issued to them by the adjudicatory chamber of the independent CFCB.

On Monday, the CAS statement said that charges related to concealment of equity funding "were clearly more significant violations than obstructing the CFCB's investigations," so it felt it was not appropriate to impose a ban on participating in UEFA's club competitions.

"However, considering i) the financial resources of MCFC; ii) the importance of the cooperation of clubs in investigations conducted by the CFCB, because of its limited investigative means; and iii) MCFC's disregard of such principle and its obstruction of the investigations, the CAS Panel found that a significant fine should be imposed on MCFC and considered it appropriate to reduce UEFA's initial fine by 2/3, i.e. to the amount of EUR 10 million."

A Manchester City statement on Monday read: "Whilst Manchester City and its legal advisors are yet to review the full ruling by the Court of Arbitration for Sport (CAS), the Club welcomes the implications of today's ruling as a validation of the Club's position and the body of evidence that it was able to present. The Club wishes to thank the panel members for their diligence and the due process that they administered."

The CFCB had found that City "committed serious breaches" of FFP regulations -- which limit the net losses that clubs can accrue over a three-year period -- between 2012 and 2016 and failed to cooperate with the subsequent investigation.

In response, City claimed the process was "flawed" and said there was "irrefutable evidence" that would lead to them winning an appeal. FFP was introduced by UEFA at the start of the 2011-12 campaign as a way of stopping clubs falling into financial difficulties by overspending.

Ahead of Monday's verdict, manager Pep Guardiola had said he was "so confident" that City would get the ban overturned.

Despite the verdict and ongoing questions over how FFP is implemented, UEFA said in a statement it has been a force of good for the game.

"Over the last few years, Financial Fair Play has played a significant role in protecting clubs and helping them become financially sustainable and UEFA and ECA [European Club Association] remain committed to its principles," a UEFA statement read.

"UEFA will be making no further comments on the matter."

City are also still able to compete in this season's Champions League. They hold a 2-1 first-leg lead over Real Madrid in the round of 16, and will play either Juventus or Lyon in the quarterfinals if they progress.

La Liga president Javier Tebas, who has long been a critic of City, expressed his unhappiness with the decision on Monday and said it was time to examine the role of CAS.

"We have to reassess whether the CAS is the appropriate body to which to appeal institutional decisions in football," he added. "Switzerland [where the CAS is located] is a country with a great history of arbitration; the CAS is not up to standard."