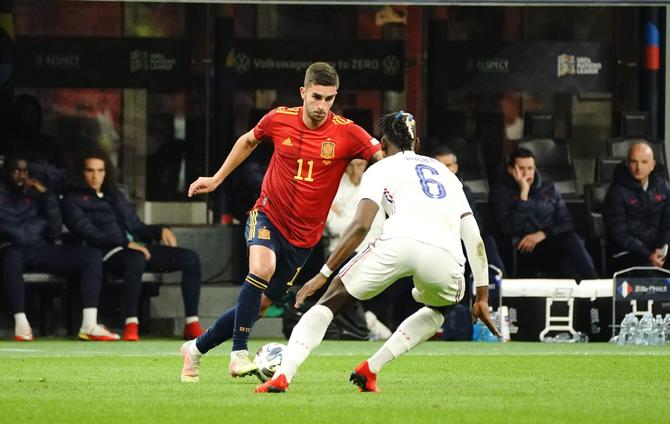 Ferran Torres has fractured his right foot and will reportedly be out for a minimum of six weeks, although Manchester City have not provided a definitive timeframe for his return.

The 21-year-old suffered the injury during Spain's 2-1 Nations League semi-final victory over Italy, but managed to play through the pain for 84 minutes in the 2-1 defeat by France in the final, eventually coming off for Pablo Fornals.

However, scans conducted upon Torres' return to Manchester have revealed a small fracture that will likely prevent him from featuring until the end of November at the soonest.

The Spaniard could miss at least seven City games, including the first Manchester derby of the season at Old Trafford on November 6.

Torres enjoyed a fruitful start to the season, having been converted into a centre-forward by Pep Guardiola, and leads City in the Premier League for goals (two, level with Gabriel Jesus), minutes per goal (152.5), expected goals (2.01), and shots (13, level with Ilkay Gundogan).

However, despite City's lack of a natural option for the central attacking role, Torres has not featured in the league since starting against Leicester City on September 11, playing just twice in all competitions since.

City's pursuit of Tottenham's Harry Kane in the last transfer window ultimately ended in failure and, with Torres now out for an extended period, Guardiola is even shorter of potential options.

Jesus has primarily played in a wide role this term, while Phil Foden and Kevin De Bruyne are not natural forwards, despite both players regularly being deployed in a false nine role.

It is not only City who will feel Torres' absence keenly, however, as he is also set to miss Spain's crucial World Cup qualifiers against Greece and Sweden.

Luis Enrique's side sit second in Group B, two points behind Sweden.