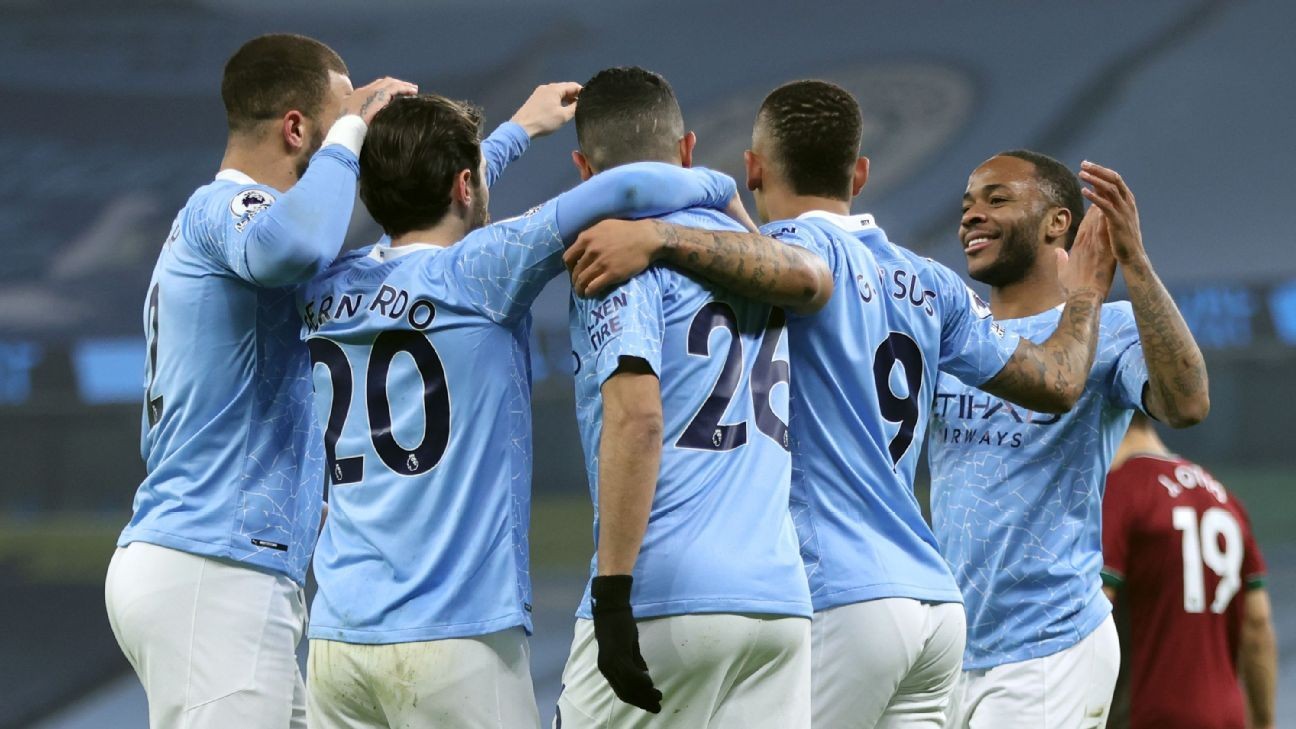 Manchester City overcame a resilient Wolves side with a 4-1 victory to extend their winning run in all competitions to 21 games and put further distance between themselves and the chasing pack in England's top flight.

The Premier League leaders were gifted an opener in the 15th minute when Leander Dendoncker redirected a Riyad Mahrez cross into the net for a Wolves own goal.

Wolves responded well after the early mistake and were able to go into half-time down one after a late Aymeric Laporte goal was waved off for a narrow offside call just before the break.

Man City dominated the opening minutes of the second half, but Wolves shockingly drew level just past the hour mark when Conor Coady headed home from a Joao Moutinho free kick to make it 1-1.

Wolves stood tall against unrelenting pressure from the hosts, but Man City managed to retake the lead as the second half wore on through Gabriel Jesus, who pounced on a loose ball and buried a close-range shot.

Mahrez, who had a sensational 90 minutes, added further gloss to the scoreline with a finish from the top of the area following a poor giveaway by Wolves substitute Owen Otasowie and Jesus scored his second to secure the three points beyond a shadow of a doubt.

The result puts City 15 points ahead of second-place Manchester United as they seek to take the Premier League champion's title back from Liverpool.

Over the course of their 21-game winning streak, Man City have outscored their opponents by a staggering 55 goals to just eight allowed.