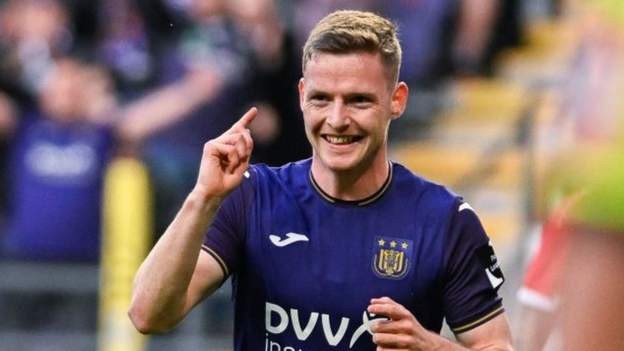 Manchester City are in talks with Anderlecht over Spain Under-21 international defender Sergio Gomez.

City are looking at left-sided options after failing to complete a deal for Brighton's Marc Cucurella, who joined Chelsea last week for £62.5m.

City could promote Gomez, 21, to Pep Guardiola's squad if they do sign him, but may opt to loan him to City Football Group club Girona in Spain.

He came through the Barcelona academy before joining Borussia Dortmund.

Gomez then spent two years on loan at Huesca in 2019, before joining Anderlecht where he played under former City skipper Vincent Kompany.