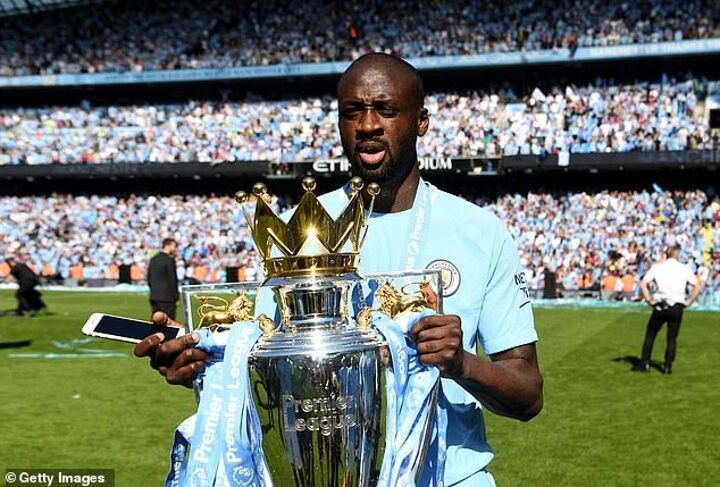 Yaya Toure is reportedly set to take his first coaching role at Ukrainian side Olimpik Donetsk.

The Ivorian, 37, has enjoyed a trophy-laden career which included spells at Barcelona and Manchester City and he also won 97 caps for the Ivory Coast.

He last played for Qingdao Huanghai in the Chinese Super League, however, according to reports he will start his coaching career in the same country in which he played from 2003 to 2005.

Toure made three appearances for the now-disbanded Metalurh Donetsk, but is now set to join Vicente Gomez's coaching staff at Olimpik Donetsk.

'(He) Will come to Olympic. Thanks to the president and head coach who invited Yaya to pass on his experience to young footballers as an assistant coach [sic].'

The 37-year-old brings a wealth of experience to the Ukrainian club; he won two LaLiga titles while at Barcelona and the Champions League between 2007-2010.

He then joined Manchester City for £27million and won three Premier League titles and the FA Cup.

The Ivorian also tasted international success, winning the Africa Cup of Nations with his country in 2015.

Toure joined Greek side Olympiacos for three months after leaving City in 2018 and played out the rest of his career in the Chinese Super League.