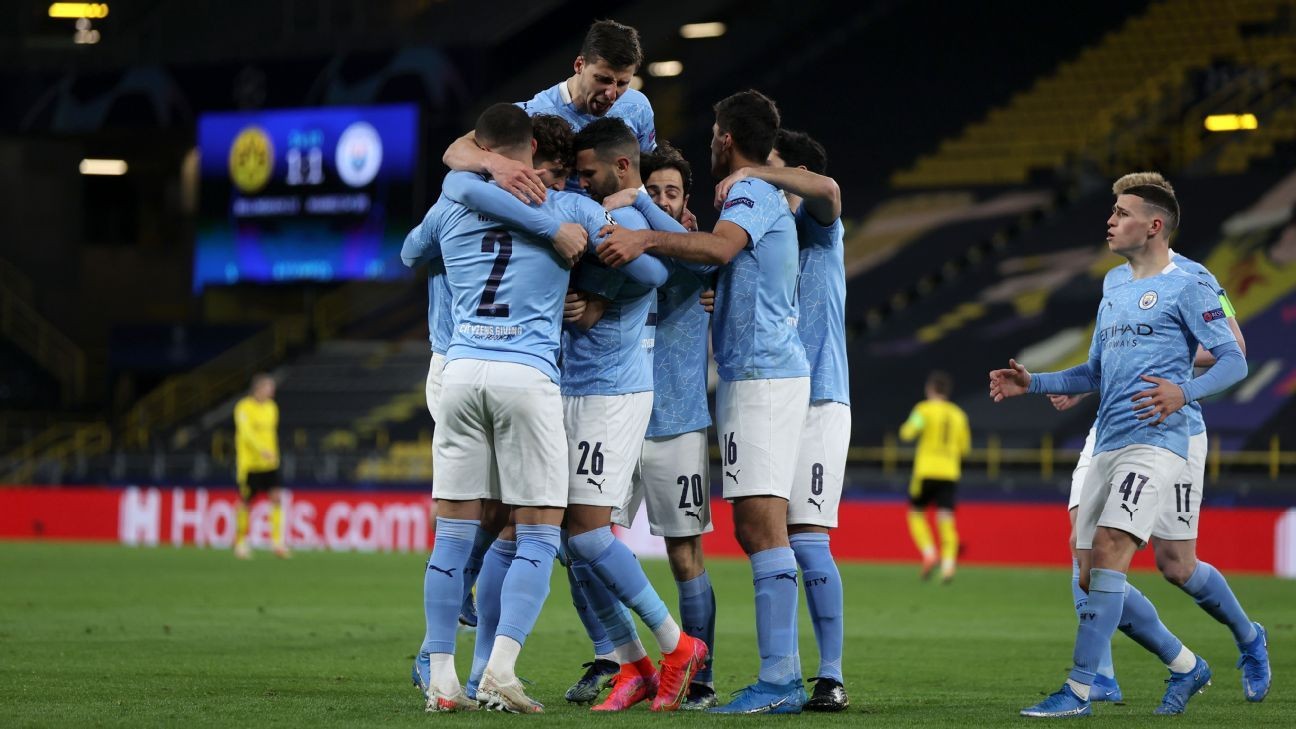 Manchester City came from one goal down to beat Borussia Dortmund 2-1 on Wednesday night and earn passage to the Champions League semifinals for the first time in six years on the back of a 4-2 aggregate win.

The visitors to Signal Iduna Park, who came into the match with a narrow advantage after a 2-1 win at the Etihad on April 6, went behind on 15 minutes when Dortmund teenager Jude Bellingham curled a lovely shot past Ederson to give his team an early lead.

The goal made Bellingham Dortmund's youngest UCL scorer at the age of 17 years and 289 days, breaking the mark previously held by U.S. international Christian Pulisic.

Man City upped their tempo in the minutes following Dortmund's opener, with both Kevin De Bruyne and Riyad Mahrez going close, but the visitors were unable to score in the first half and went into the break trailing 1-0.

An Emre Can penalty for handball early in the second half -- confirmed by VAR -- allowed Man City to equalise through Mahrez from the spot and draw his team level for the match while restoring their aggregate lead in the tie at 3-2.

Dortmund needed at least one goal to draw the tie level and force extra time, but Pep Guardiola's side did a good job of maintaining possession and pinning the hosts back in their own end as the second half progressed.

Phil Foden then put the contest to bed in the 75th minute from a short corner, the England international cutting onto his left foot and smashing an unstoppable shot past Dortmund keeper Marwin Hitz.

The result ends Man City's streak of exiting the Champions League at the quarterfinal stage for three straight years to book a spot in the semifinals for the first time since 2015-16.

Man City will face Paris Saint-Germain in the semifinals after the French champions saw off defending UCL winners Bayern Munich on Tuesday night at the Parc des Princes.

The outcome sees City manager Guardiola reach his eighth Champions League semifinal as a coach, equalling Jose Mourinho, and his first with the English club.