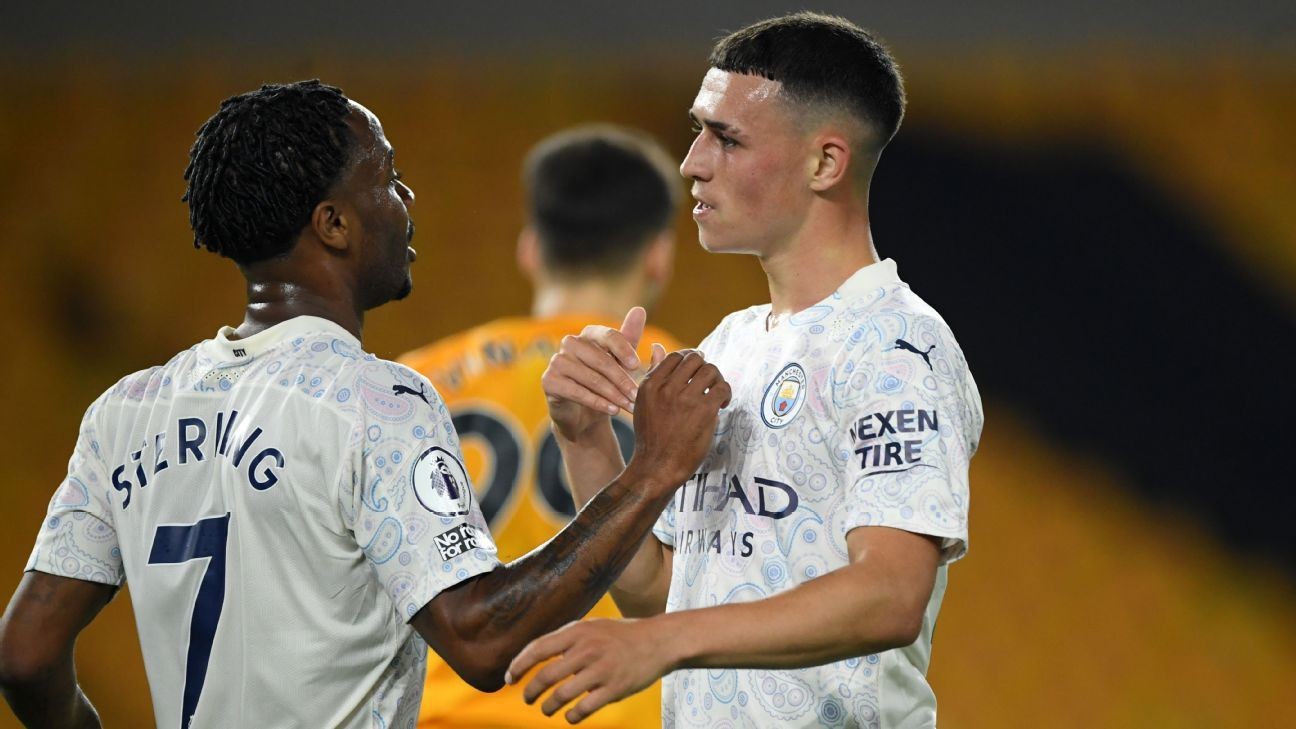 WOLVERHAMPTON, England -- If Manchester City started this season facing questions, they provided some early answers with a 3-1 win over Wolverhampton Wanderers.

Will they be able to cut out some of sloppy performances that dogged last season? That they battled past Wolves -- who beat them twice last season -- is a positive sign. Can Phil Foden recover from his England indiscretion to replace David Silva? The young midfielder tucked away City's second goal like he didn't have a care in the world.

More importantly, does Pep Guardiola still have the same fight as he enters a fifth year in charge of the same club for the first time in his managerial career? The way he celebrated each goal -- with clenched fits followed by a vigorous round of applause -- suggested he is not yet tired of winning.

It should be remembered that on the opening weekend of last season, City romped to a 5-0 win at West Ham United and still fell well short of Liverpool. But this was a different test, playing against a formidable Wolves side without the benefit of any kind of preseason, no warm up games, and missing key players in Aymeric Laporte, Ilkay Gundogan, Bernardo Silva and Sergio Aguero.

Guardiola was missing seven senior players in total. Ole Gunnar Solskjaer, in particular, highlighted a lack of fitness when asked to dissect Manchester United's miserable defeat to Crystal Palace at Old Trafford on Saturday. Well, City, who handed debuts to Nathan Ake and Ferran Torres, were also involved in European competition right up until the middle of August and they managed to summon the energy to kick off their campaign with a win.

After 45 minutes, Guardiola's side were 2-0 up thanks to Kevin De Bruyne's penalty and Foden's tap-in but it could have been more after they enjoyed nearly 70% of the ball, had eight shots and five on target. Tiring and under pressure in the second half, Guardiola's side showed a resilience that was missing at times last season, and despite Raul Jimenez making it 2-1 on 78 minutes, Gabriel Jesus wrapped up the points in stoppage time.

"I'm very pleased for the performance and the way we played, it's one of the most difficult places to play in the Premier League," said Guardiola afterwards.

Last season, City didn't click into gear until it was too late. They won their final five games of the season by an aggregate score of 21-1 but by then Liverpool had already collected their medals. If they are to wrestle the trophy back from Anfield, the performance at Molineux will have to replicated over and over again.

Liverpool did not lose a league game until February 29 last season and consistency is now key in a championship that has not crowed a winner with fewer than 90 points since 2016. The last three champions have reached at least 98 points and lost a maximum of four games over the course of a 38-game season. There is no longer margin for error. Had City dropped points here, Guardiola would have been able to find plenty of valid excuses but he didn't need to.

City are over their first hurdle at a ground where last season's defensive frailties were exposed in a 3-2 defeat. Guardiola reserved special praise for with centre-back pairing Ake and John Stones -- "they were so good" he said in his post-match news conference -- but there are still issues to address and he will be unhappy that Wolves had three good chances before Jimenez found the net from Daniel Podence's cross.

But a dangerous game, played in less than ideal circumstances, has been safely negotiated. After such a shortened break this summer, the price, according to Guardiola, is that the team picked to play Bournemouth in the Carabao Cup on Thursday will be "mostly players from the academy" while his senior stars get a rest.

"We won the Carabao Cup three times in a row and we would like to continue but we don't have the players, in this period, to play every three days," he said. "It was so difficult. It is a good victory for us. We cannot pretend we can recover in three days and then another three days play again."

The priority is the league and getting their title back.