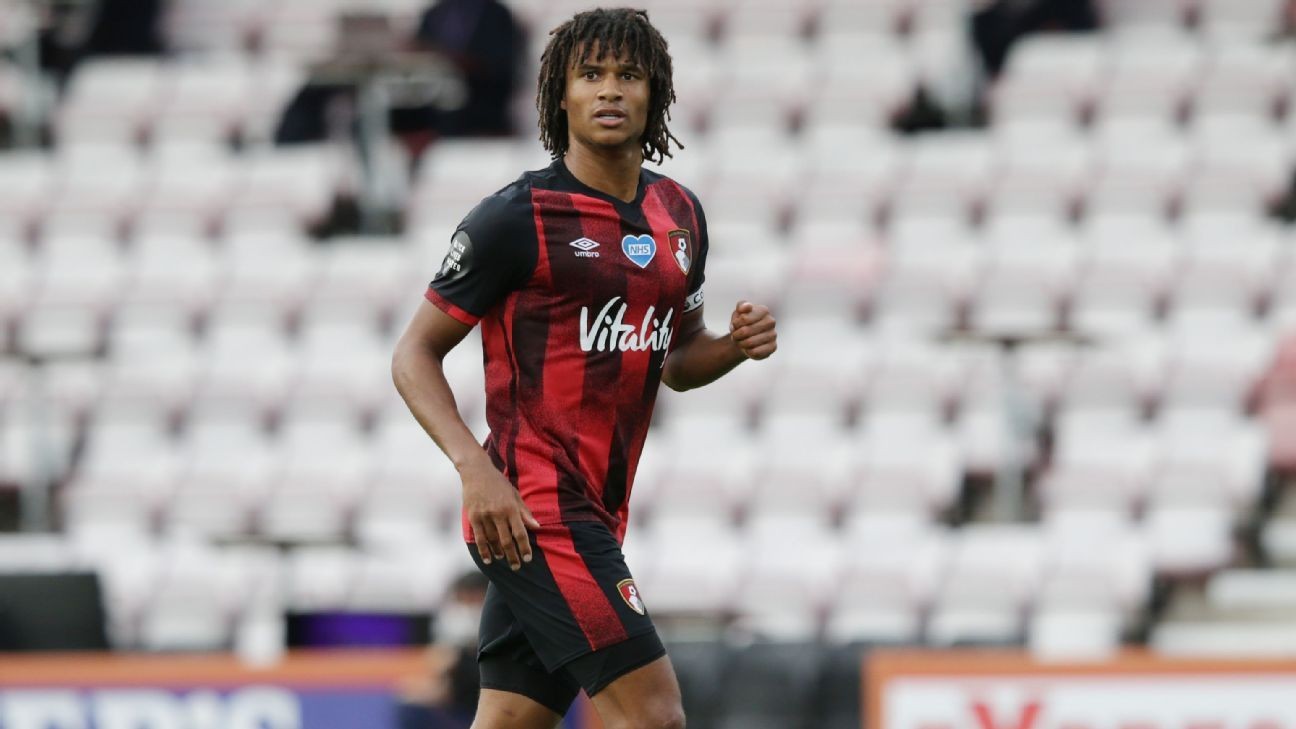 Manchester City have signed Nathan Ake from relegated Bournemouth, the club have announced.

Ake becomes City's second signing of the summer after they announced the arrival of Ferran Torres from Valencia.

Bournemouth needed to cash in on Ake following their relegation from the Premier League and City have agreed a £40 million deal with a further £1m in bonuses.

- Stream FC Daily on ESPN+
- Premier League grades: What did your team get?

"City have been the best side in England over the course of the last decade," Ake said in quotes on the club's website.

"Coming here is a dream for me. This is a top side full of world-class players. Everywhere you look in this squad there are big names with international pedigree.

"Pep is a manager admired across the world - what he's done in the game speaks for itself. The success he's had is unbelievable and the style of football he plays really appeals to me.

"I know I'm going to have to work hard to get into the side, but that's what I'm here to do. I'll do whatever I can to make an impact and help the team win silverware."

Manchester City's director of football Txiki Begiristain highlighted the qualities Ake will bring to the Etihad.

"Nathan is a quality defender. He was a leader during his time at Bournemouth, and I am so pleased we've managed to bring him here," Begiristain said.

"He's strong and quick, and we feel he has the technical and intellectual attributes needed to excel in Pep's setup.

"Working with this squad, which is full of world-class players, will raise his level, and we are looking forward to seeing what he can achieve here in the coming years."

Chelsea had a buy-back clause in the deal that sold Ake to Bournemouth in 2017 but sources told ESPN they were not interested in a deal to re-sign their former player.

The 25-year-old made 121 appearances for Bournemouth after moving from Chelsea, initially on loan, in 2016. He has won 13 caps for the Netherlands.

Ake's arrival will add further doubts about the futures of Nicolas Otamendi and John Stones. The pair fell behind Eric Garcia in the pecking order once the Premier League restarted amid the coronavirus pandemic and have been linked with moves away from the Etihad Stadium.

Sources have told ESPN that director of football Txiki Begiristain is open to adding another central defender following Ake's arrival. Napoli's Kalidou Koulibaly, Villarreal's Pau Torres and Benfica's Ruben Dias are among the names in the frame.