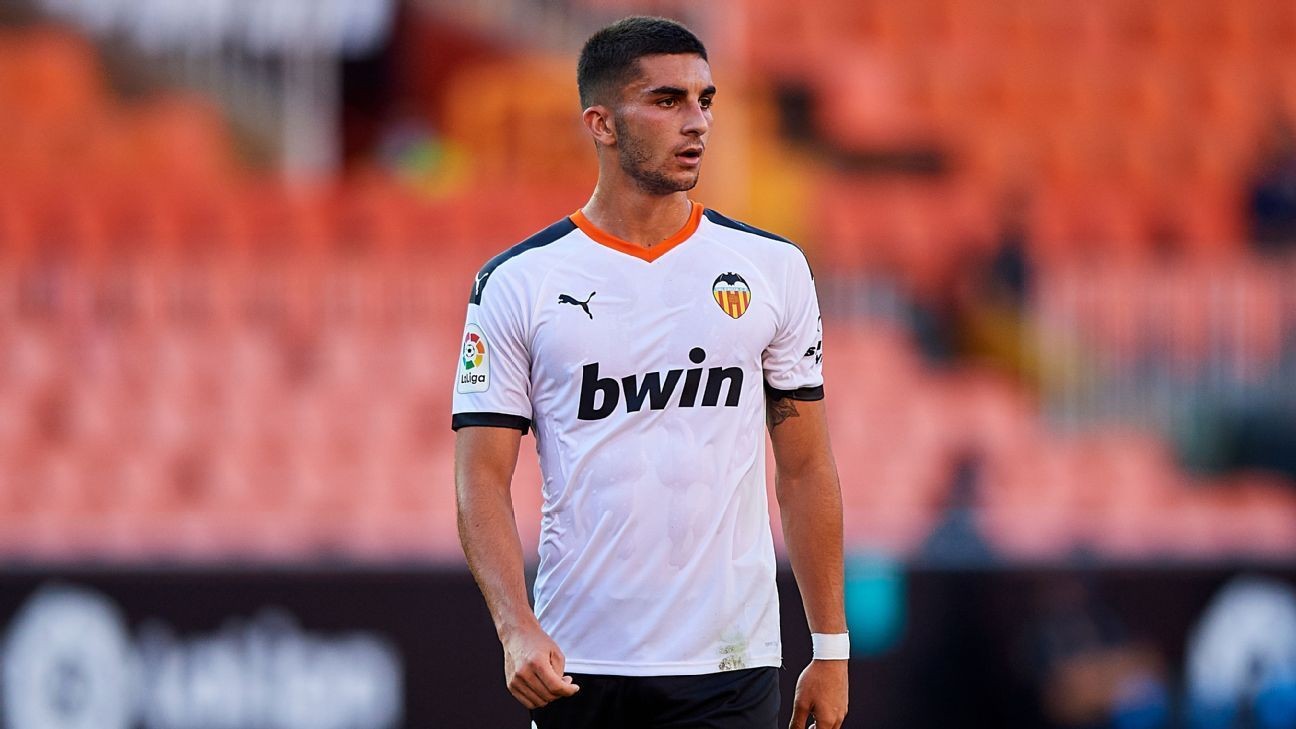 Manchester City have completed the signing of Ferran Torres from Valencia, the club announced on Tuesday.

Sources told ESPN last month that City were closing in on the signing of Torres, 20. He will move to the Etihad for a fee of €23 million plus add-ons.

The winger, who has been capped six times with Spain's Under-21 team, is Pep Guardiola's first signing of the summer.

Valencia were resigned to losing Torres, who had just one year left on his contract. He made 97 appearances for the La Liga side and scored nine goals.

He was made a prime target for Guardiola and director of football Txiki Begiristain following the sale of Leroy Sane to Bayern Munich.

"I am so happy to be joining City," Torres said. "Every player wants to be involved in attacking teams and Manchester City are one of the most attacking in world football.

"Pep encourages a really open, aggressive style, which I love, and he is a manager with a proven track record of improving players. To have him overseeing my development is a dream.

"City have won plenty of trophies in the last 10 years and I hope I can play a role in continuing that success."

Begiristain is also targeting at least one new centre-back ahead of next season and City are closing in on a deal for Bournemouth defender Nathan Ake, sources have told ESPN. The club are also retaining an interest in Napoli's Kalidou Koulibaly and Villarreal's Pau Torres, sources have said.

City's summer recruitment has been made more simple after their two-year European ban was overturned by the Court of Arbitration for Sport but privately club bosses insist it does not mean there will be a blank cheque for new players.