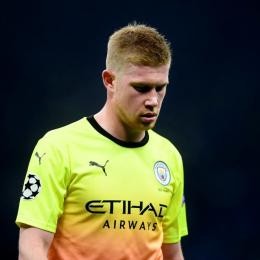 Playing for Manchester City since 2015/16, Belgian international attacking midfielder Kevin De Bruyne (28), out of Premier League defending champions having been banned from European Cups ahead of the next two seasons, is considering to ask the club to put him up for sale. Former Chelsea, Werder Bremen and Wolfsburg playmaker might however end up extending for Citizens, which he's currently on a deal with until June 2023.