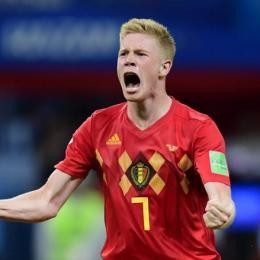 According to The Sun, Manchester City and Belgian NT star attacking midfielder Kevin De Bruyne (28) promised Vincent Kompany, former teammate and captain of his in Citizens, and still his mate in Belgium, he'll join him in back at Anderlecht someday. So far, Citizens are planning to keep him in still for a very long time.