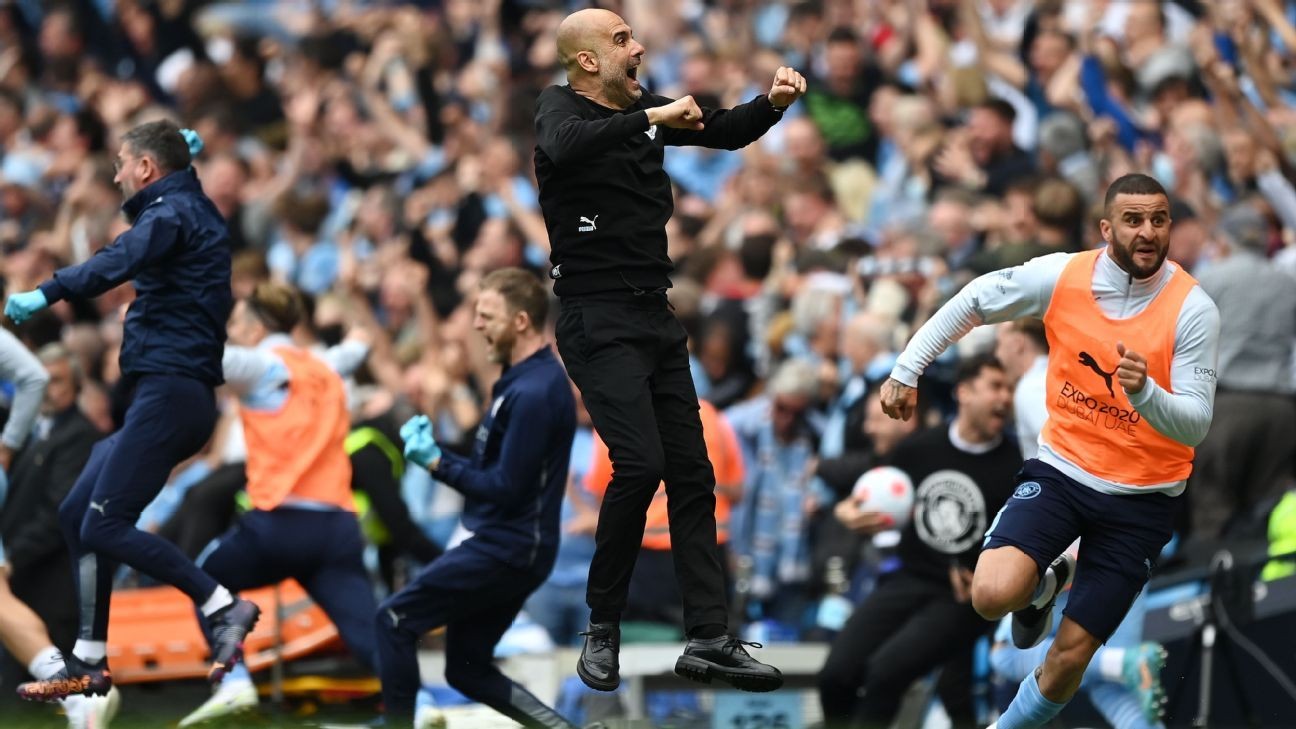 Manchester City won the Premier League title for a fourth time in five years after surviving an almighty scare on an incredible final day of the season.

Starting one point ahead of Liverpool with a better goal difference by six, City came from 2-0 down to win 3-2 against Aston Villa as former Liverpool captain Steven Gerrard failed to do his boyhood club the favour they so desired. It was not for the want of trying, though, and former Liverpool player Philippe Coutinho also played a part -- putting Liverpool on the brink of glory after putting Villa 2-0 in front.

The reigning champions had some early good news in their bid to retain their trophy when Pedro Neto put Wolves 1-0 up at Anfield, but the joy was short-lived as Sadio Mane struck for the home side. It got even worse when Matty Cash stunned the Etihad to put Villa ahead, and worse still when Coutinho struck. But then came the response of champions as City grabbed victory from the jaws of defeat. Liverpool, for their part, won 3-1, but it was not enough.

Pep Guardiola's side lost their opening game of the season at Tottenham Hotspur but recovered to open up a 14-point lead over Liverpool in February. Klopp's men, who had played two games fewer at that point, battled back to take the race into the final week of the campaign. but City have retained the trophy they won last year.

It is the second time that City have won back-to-back titles under Guardiola. Manchester United and Chelsea are the only other teams to achieve the feat in the Premier League era.

They have lost just three games all season and dropped 11 points from 19 games away from the Etihad Stadium, winning 14. With 93 points, City have topped 90 for the third time under Guardiola after reaching 100 in 2018 and 98 in 2019.

Their title triumph denies Liverpool an unprecedented quadruple. Liverpool have already won the Carabao Cup and the FA Cup and face Real Madrid in the Champions League final in Paris on Saturday.

City's two Premier League games against Liverpool this season both ended in 2-2 draws, while their FA Cup semifinal ended in a 3-2 victory for Klopp's side.