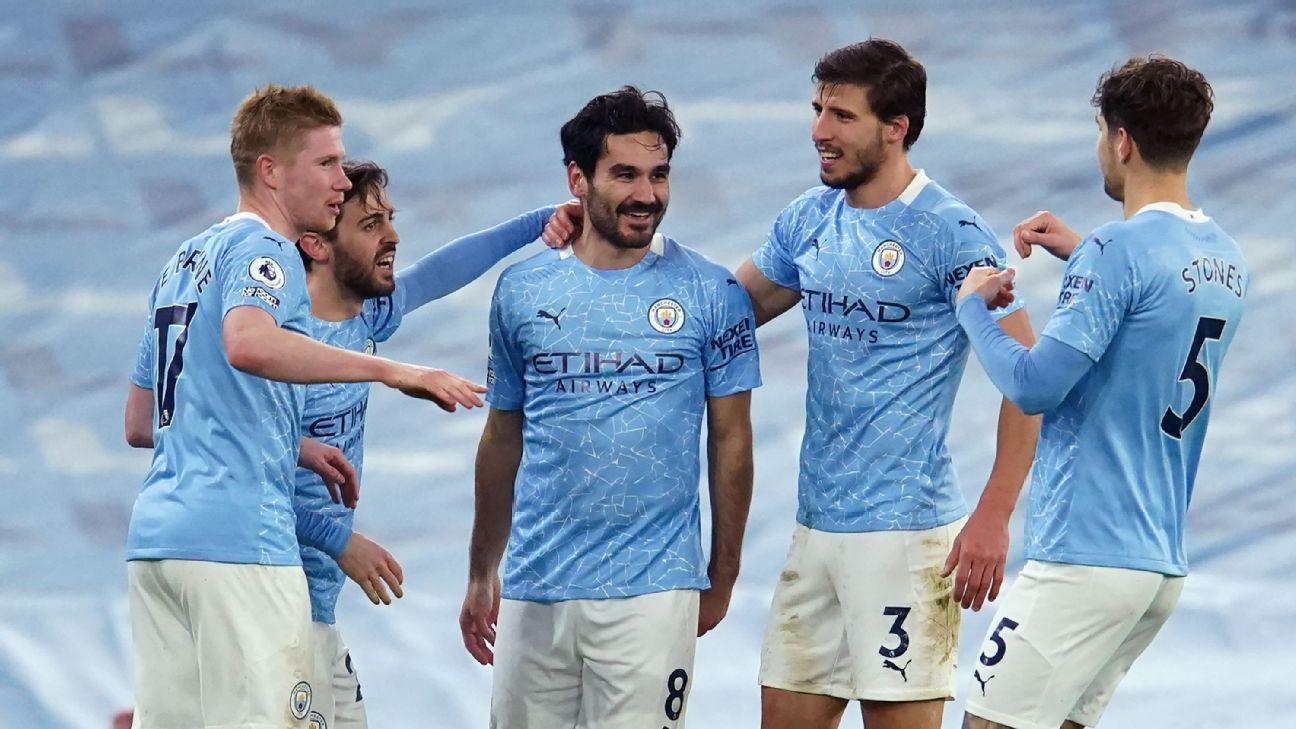 Manchester City cruised to a 4-0 win over Crystal Palace to keep pace with leaders Manchester United in the Premier League title race.

Sunday's win gives City 35 points, level with Leicester City and two behind Manchester United, who drew with Liverpool earlier in the day.

John Stones headed in City's first goal in the 26th minute thanks to a brilliant curling pass from Kevin De Bruyne.

Ilkay Gundogan doubled the lead after the break when he wrestled the ball away from Andros Townsend outside of the box and shot it into the top corner.

It was Stones again in the 68th minute when he pounced on the ball that had been initially saved by Vicente Guaita from Ruben Dias' header.

Raheem Sterling made it four for City with a free-kick goal in the final minutes of the match.