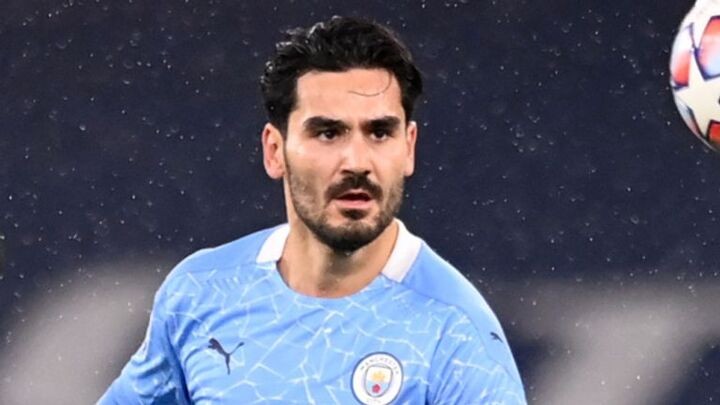 Ilkay Gundogan and Eric Garcia will be assessed by the Manchester City medical team on Thursday to evaluate their fitness ahead of the Manchester derby on Saturday.

Gundogan was taken off at half-time against Marseille in the Champions League on Wednesday night as a precaution, with Pep Guardiola confirming after the game he had taken a knock to his ankle.

If he recovers, the midfielder would be a likely starter against United at Old Trafford on Saturday, live on Sky Sports, having played 90 minutes in the previous two Premier League matches.

Garcia picked up a leg injury and had to go off after just 28 minutes of the 3-0 win over Marseille.

John Stones came on for Garcia and could retain his place in central defence having also started each of the last two games in the Premier League.

Ruben Dias was given the night off in the Champions League having started the previous six matches in all competitions.

Aymeric Laporte and the fit-again Nathan Ake are Guardiola's other options at centre-back to face United.

Pep Guardiola has ruled out starting Sergio Aguero in Saturday's derby despite his goalscoring return from injury in the Champions League.

Aguero, who hadn't featured in the last games, came off the bench to score City's second goal as they beat Marseille 3-0 at the Etihad on Wednesday.

The 32-year-old Argentine striker was making just his fifth appearance this season due to knee and hamstring issues.

Asked if Aguero could start the derby, live on Sky Sports, Guardiola said: "No."

"His instinct to score will always be there," he added. "He's had three or four training sessions and the reaction was good.

"He had 25 minutes and scored a goal. Step by step. We'll see the reaction tomorrow."