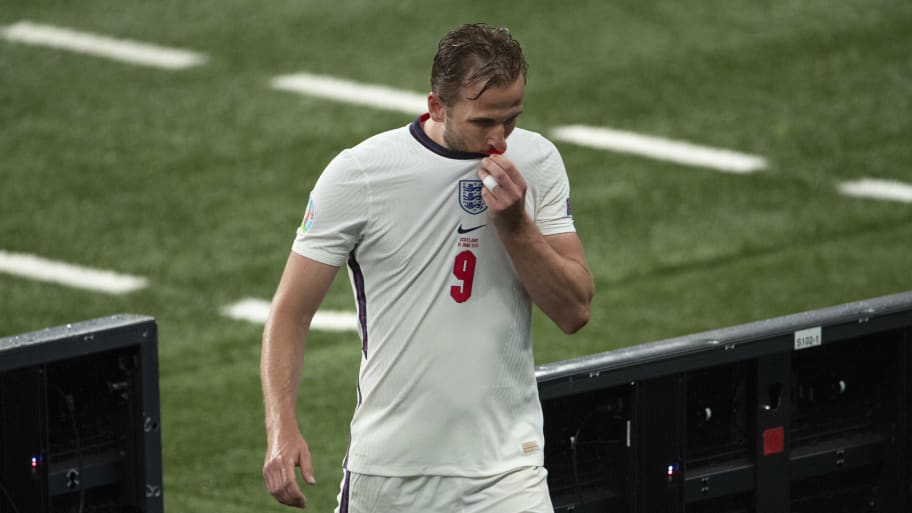 Manchester City are expected to make a 'take it or leave it' £100m offer for Harry Kane once Euro 2020 is over.

Kane's determination to leave Tottenham has been one of football's worst-kept secrets, with the England captain all but publicly admitting he wants a move away to win silverware.

The emotional scenes that followed their final home game of the season against Aston Villa came off the back of various reports suggesting he wanted to leave, and in a later interview with Gary Neville, he admitted he would hold talks with chairman Daniel Levy over his future.

City have long been touted as the frontrunner to sign him as they seek a replacement for Sergio Aguero, and the Star report that their interest remains - but they are not prepared to be drawn into a long-running saga. It's claimed they want the deal concluded soon, and will make just one £100m offer.

Levy's asking price is closer to the £150m mark, however, and if he opts to reject City's initial bid, the Premier League champions are expected to move on to other targets.

Kane's form with England at Euro 2020 has done little to inspire interest in his signature. He delivered one of the worst performances of his international career against Scotland, managing just 19 touches of the ball as Gareth Southgate's team limped to a 0-0 draw.

He was withdrawn with 15 minutes to go, much to the delight of the travelling fans who had watched Grant Hanley marshal him out of the game.

After the match, Kane was asked if the transfer speculation had played into his performances - but his answer was clear.

“Absolutely not, to be honest. All my focus is on how I can help this team and how we can be successful in this tournament.

“I understand from a media point of view there is speculation, but I am fully focused on the job we have here. We would have wanted to beat Scotland and go through, but that is not always the case in tournament football. It isn’t as easy as that.”

This article was originally published on 90min as Man City to make £100m offer for Harry Kane .