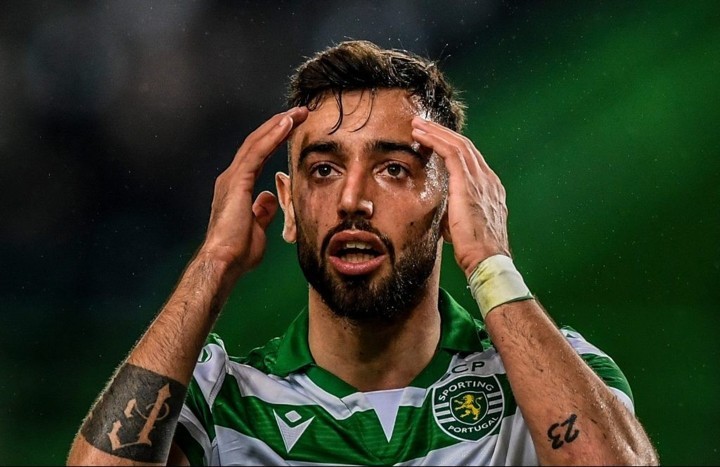 Manchester United are set to face stiff competition from Manchester City for the signature of Bruno Fernandes, with the Premier League champions also interested in the Portuguese midfielder.

The Red Devils have been pursuing the 25-year-old for some time, initially considering a move last summer but a deal couldn’t be done with Sporting.

Their interest has been reignited this month but they are again struggling to agree a price with the Lisbon side, who are holding out for around £68m for their star man.

United are currently refusing to meet their demands, offering around £50m, but may be encouraged to bend to Sporting’s will by the interest of Manchester City, who would be happy to pay the money.

Portuguese publication Correio de Manha report that City are willing to go as high as €100m (£86m) for Fernandes, although they would be looking to do so at the end of the season.

Sporting would be delighted to keep hold of the prolific midfielder until the end of the campaign and then get a much higher fee for him than United are willing to pay in the summer.