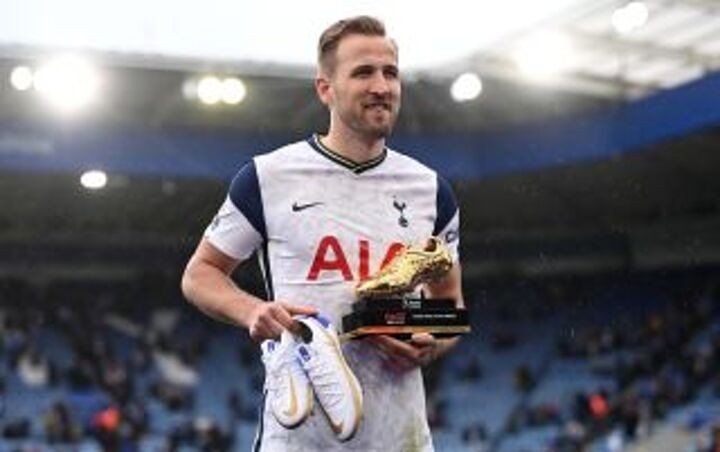 Manchester City are reportedly prepared to offer Tottenham one of four big name players as part of a potential deal for Harry Kane.

Kane told Spurs in May that he wanted to leave the club this summer, and City have repeatedly been linked with the England captain and last season's Premier League Golden Boot winner.

And, according to L'Equipe (via talkSPORT), City - who were reported to have had a £100 million bid for the 27-year-old turned down last month - could try to tempt Spurs with one of Gabriel Jesus, Riyad Mahrez, Bernardo Silva and, perhaps most extraordinarily, Raheem Sterling.

Now, there's sweetening the deal - and then there's tipping a whole sack of sugar over it.

It must be said, though, Mahrez, Silva and Sterling, all feel far too valuable to the City cause for them to consider offloading - even if one of the world's deadliest hitmen is the ultimate prize.

Using Jesus as a makeweight feels rather more realistic - Kane's arrival would put paid to any chance of the Brazilian becoming City's main man at centre-forward after the departure of Sergio Aguero - although it's tough to argue that he'd suffice for Spurs as Kane's successor.

The 24-year-old, who's had five seasons at City after moving from Palmeiras, has scored 23 league goals in the last two campaigns - a good return considering a fair chunk of his 63 appearances in that time have come from the bench - but he can hardly match Kane in terms of style or creativity (then again, to be fair to Jesus, how many can?).

Then again, it doesn't sound like Spurs are remotely concerned about the possibility of their key man moving on this summer. As new boss Nuno Espirito Santo said recently, "Harry Kane is our player, period."