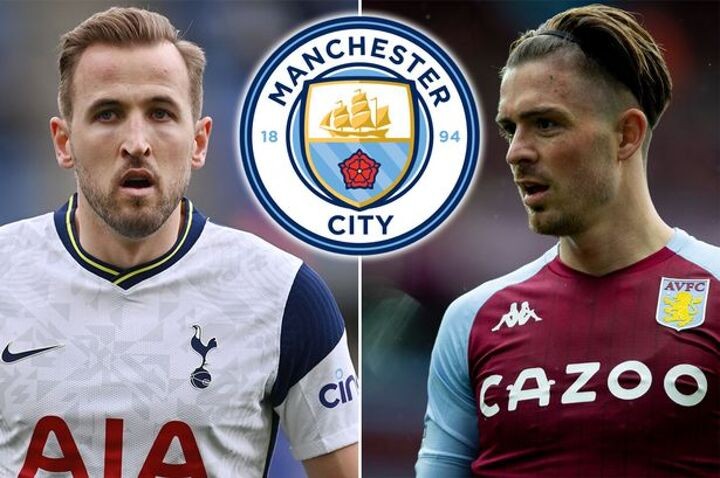 Manchester City are expected to make some huge moves before the transfer window is out.

The Premier League champions are the favourites to sign both Harry Kane and Jack Grealish as they look to build on their domestic dominance last season.

After City were beaten in the Champions League final by Chelsea, Kane and Grealish could be just the kind of signings they need to make the leap towards finally conquering Europe.

But former Etihad winger Trevor Sinclair has explained why he thinks the Blues should sign Tammy Abraham instead of Kane, while the club have also suffered a setback to any hopes of landing Erling Haaland.

Here is the latest transfer news around the City of Manchester Stadium.

City should 'pack up' if they overspend on Kane

Former City winger Trevor Sinclair says the club "might as well pack up" if they pay over the odds for Harry Kane.

Sinclair said City should target Chelsea striker Tammy Abraham rather than meeting Tottenham's asking price for Kane, which could be as much as £160million.

Asked whether he would sign Abraham over Kane, Sinclair told talkSPORT : “I would, yeah.

“He’s a young enough player and with Pep Guardiola’s coaching ability and the teammates around him… he’s a top player.

“No player’s perfect, especially at 22 or 23, but there’s a lot of growth there with Tammy. He’d be someone I’d be very interested to see at Manchester City.”

On the prospect of City paying mega-bucks for Kane, Sinclair said: “It just goes against my principles of what I think about the club. Honestly, it really does.

“I just don’t want to see the club going out there and spending that ridiculous amount of money to bring one player in. That just kills it then. You might as well pack up.”

Rio Ferdinand says Liverpool and Chelsea should join the race for Jack Grealish - but believes he will join City if he leaves Aston Villa this summer.

City are set to make an opening bid of £75m plus add-ons in the hope of enticing Villa to sell, according to the Daily Mail.

And Ferdinand told the FIVE YouTube channel : "There aren’t many breathtaking footballers around any more who produce breathtaking moments and make you go, “wow that was crazy”.

"Jack Grealish does that. He’s just a phenomenal player.

"If he’s going to go anywhere, I think it will be Man City. He would add to that team."

He added: "If I’m Liverpool, I’m going to get him. If I’m Man City, I’m taking him. Because he improves them. He improves Chelsea, 100%. Whoever’s got the money to pay for him, do it."

"If Liverpool bought him it would be a bolt out of the blue. He improves them and then it’s like, 'wow'."

City have suffered a blow to any hopes of signing Erling Haaland in this summer's transfer window.

The striker has been linked with interest from the Etihad - although Pep Guardiola's side would likely face competition from Chelsea, United and Real Madrid.

But Borussia Dortmund are confident of keeping Haaland for another season following talks with his agent Mino Raiola.

And their head of first team football, Sebastian Kehl, says Haaland's future was not even discussed during their recent meetings.

Kehl told Bild: “Will Haaland stay this summer? Yes. In the discussions with Raiola for Malen, I did not have the feeling we have to meet again about Haaland.