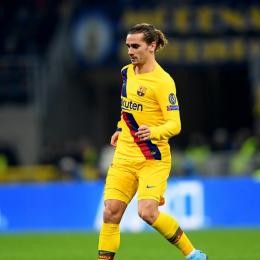 Underused at Barcelona FC, by resident boss Quique Setien, French international winger/forward Antoine Griezmann (29), according to Sport Witness, has just been inquired about by Manchester City. Spanish giants officiall, however, turned down English giants on former Atletico Madrid star, who joined in about a year ago, on a 120 million euros transfer fee, and is still on a deal with Blaugrana until June 2024.