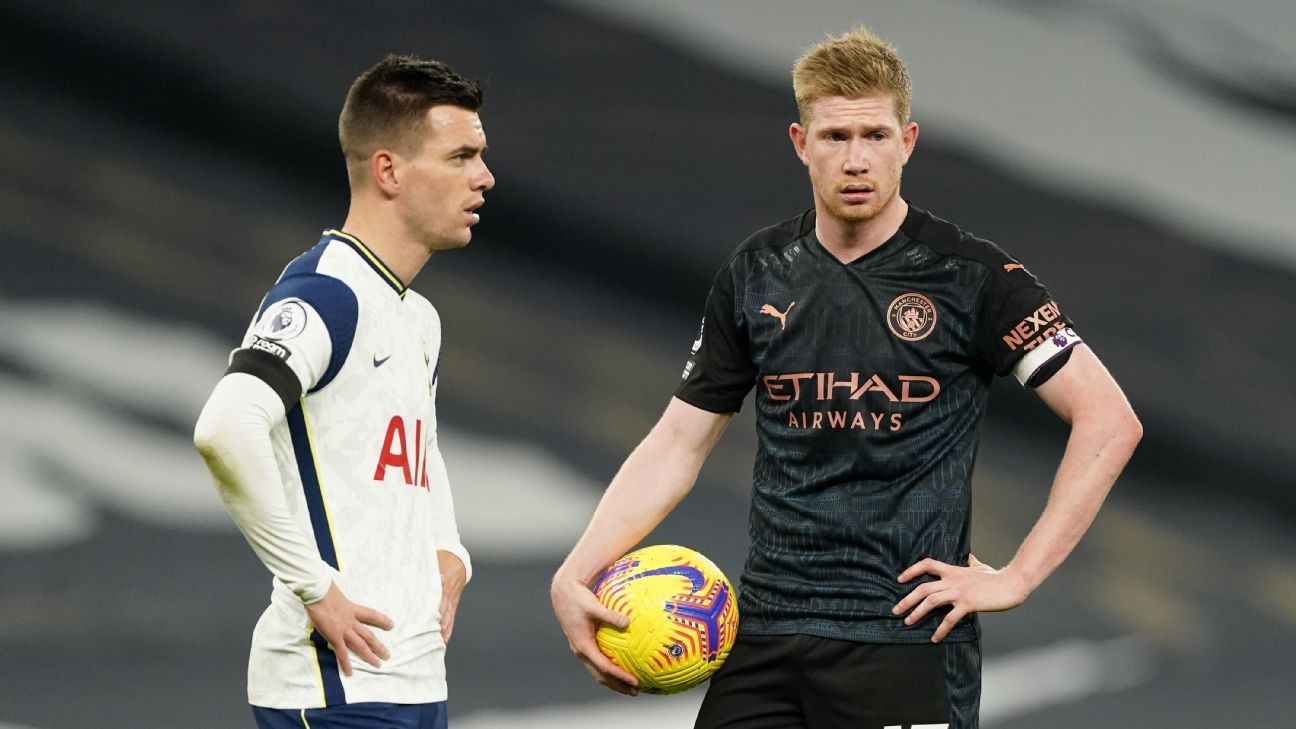 Manchester City midfielder Kevin De Bruyne said constant changes to the handball rule in recent years have left players on the pitch confused when decisions go against them.

City were frustrated after Aymeric Laporte's first half equaliser against Tottenham Hotspur in Saturday's 2-0 loss was disallowed after the pitch-side monitor showed a Gabriel Jesus handball in the buildup.

"I don't know the rules anymore, honestly. I thought if it was above the arm here it's not handball anymore with the law changes," City skipper De Bruyne told Sky Sports while pointing at his sleeve.

"What can we say, I've been playing professional football for about 12 years and the first nine years there was no rule changes and the last three years there's been a lot. I don't know why.

"Football is such a nice game. The guys who make the rules should be people in the game."

Defenders have had a tough time adapting to the new rules after being guilty of unintentionally handling the ball, with referees deeming their arms to be in "unnatural positions" even when it is virtually impossible to avoid contact with the ball.

Earlier this month, UEFA president Aleksander Ceferin asked FIFA to change the handball rule, saying the current interpretation has led to unfair decisions which had caused "growing frustration and discomfort" in the sport.