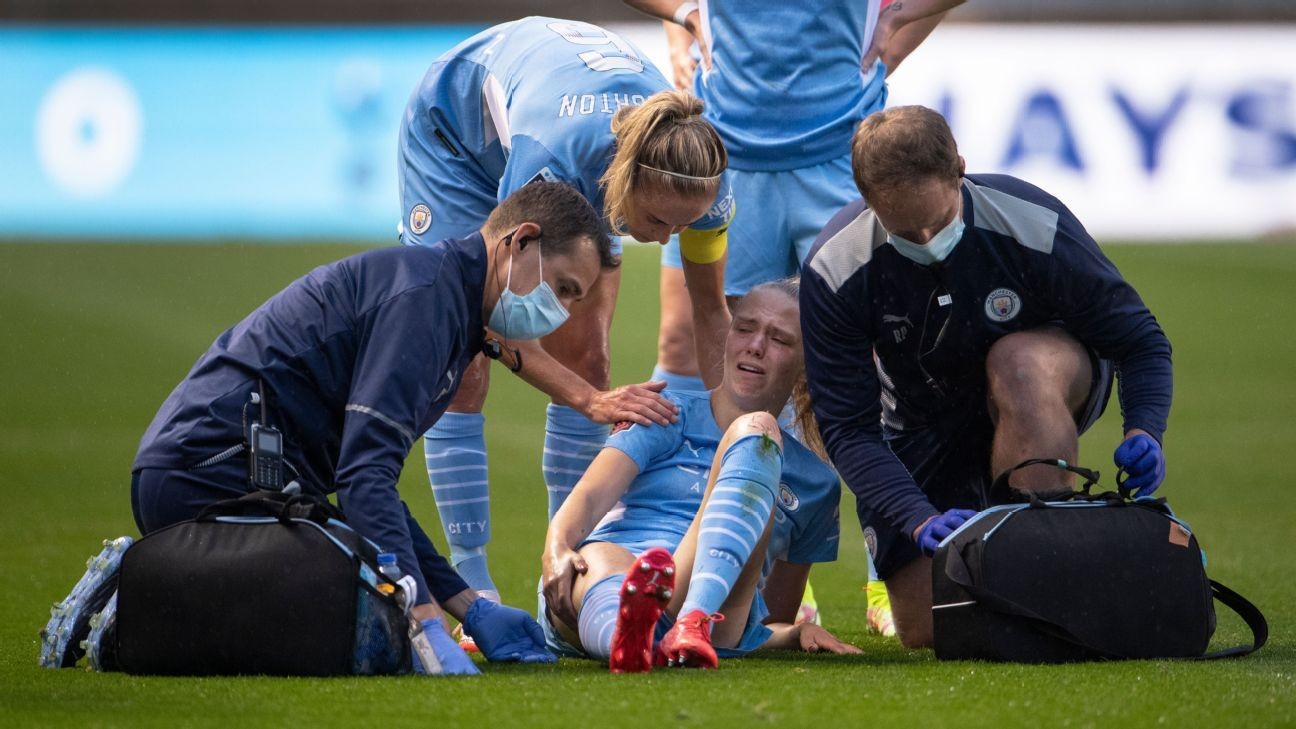 Morgan, 20, was stretchered off after colliding with Spurs' Ashleigh Neville in City's 2-1 defeat at the Academy Stadium.

City confirmed on Wednesday, that Morgan had suffered a leg fracture and was "set for a spell on the sidelines," as well as being out of the England squad for the upcoming World Cup qualifiers against Luxembourg and North Macedonia.

City said in a statement: "The defender will shortly undergo surgery on her right leg before beginning a period of rehabilitation with the club.

"Everyone at City wishes Esme all the best in her recovery and will give her all the support she requires."