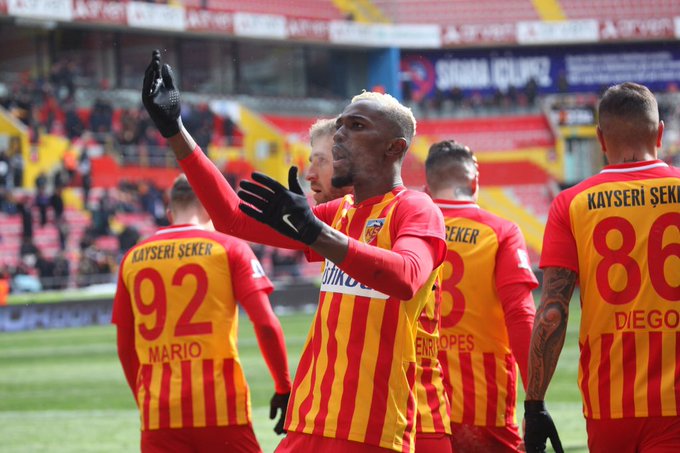 Midfielder Bernard Mensah scored and put up a Man-of-the-Match is Kayserispor 2-2 draw at home with Antalyaspor in the Turkish Super Lig on Sunday.

The Ghana international converted a spot kick in the 41st minute but his goal was cancelled out by Sinan Gumus four minutes later- also a penalty kick.

Just after the break, Pedro Henrique put Kayserispor ahead, but seven minutes from time, Fredy snatched the equalizer.

Mensah was effervescent throughout the match and scored a rating of 8.1 to emerge player of the match.

The sought-after player has rediscovered his characteristics after making a return from injury two weeks ago.