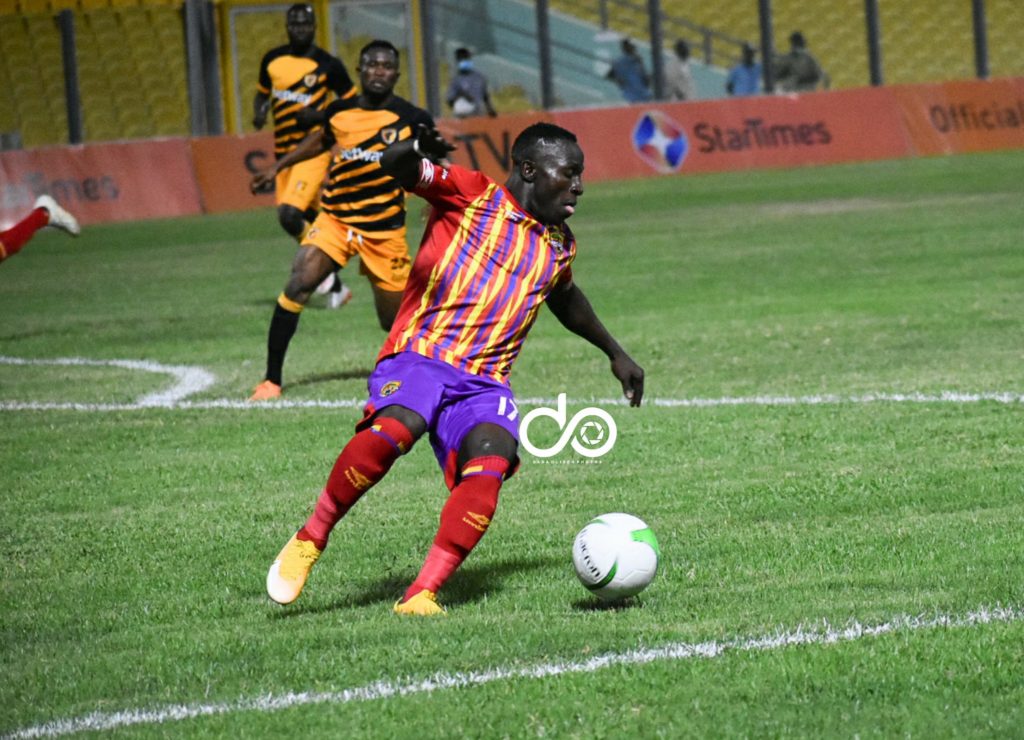 Hearts of Oak winger Patrick Razak has lauded his teammates after the draw against Ashantigold on Tuesday night in the Ghana Premier League.

The Phobians were held by the Miners after twice taking the lead in a highly entertaining game at the Accra Sports Stadium.

Razak was handed a starting role in his first game after returning to the club following a spell in Guinea with Horoya, and the pacy winger produced a man of the match performance but it was the team performance that impressed him.

“It's the team first before the individual, so with my colleagues, I think we are going to gather ourselves and put up a good performance this season for Accra Hearts of Oak,” Patrick Razak said after the game.

“I will say I’m impressed because our ambition is for the team to win. And I think everybody has given his best, but so far as we did not get a win, we’ll say our performance was not encourageable,” he added.

“So we will try and work on our performance and our team shaping and I think we will come strongly."