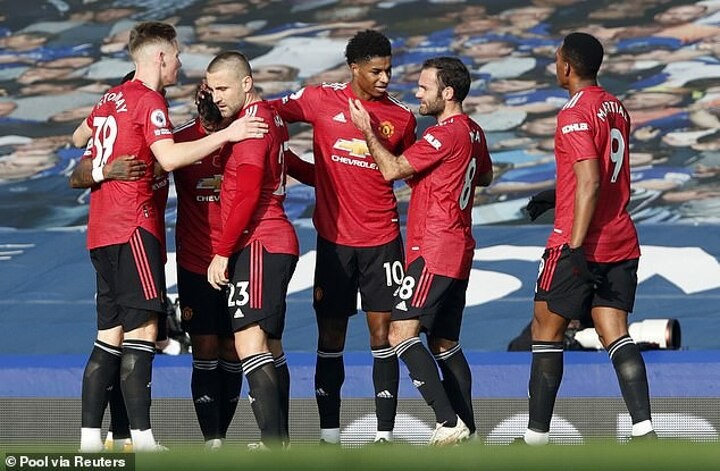 Manchester United's hopes of matching Sir Alex Ferguson's treble winning trophy haul of 1999 may have been extinguished by their Champions League group stage exit, but they can still replicate a feat set by one of the club's greatest sides.

Ahead of their clash at Fulham on Wednesday night, Ole Gunnar Solskjaer's outfit are chasing a 17th consecutive Premier League game on the road without defeat when they visit Craven Cottage.

The club record stands at 17 when Fergie's treble winners saw their run come to an abrupt halt when they were heavily beaten 5-0 by Chelsea in October 1999, following a run that had started 10 months earlier when they drew 1-1 at Aston Villa.

Solskjaer's side have been unbeaten away since curiously starting their 16-game run at Chelsea back in February when they won 2-0 thanks to goals by Anthony Martial and Harry Maguire.

Their run is now over a year old with their last defeat coming at Liverpool when goals from Virgil van Dijk and Mohamed Salah took the Reds one step closer to the Premier League title last January.

Although they are favourites to continue their unbeaten run at Scott Parker's struggling side who are battling relegation, they will have to be wary of past omens.

United take on Fulham after earning a point at Liverpool in their previous away game, and it was at Anfield where Fergie's United chalked up their last unbeaten game on the road before suffering humiliation in west London - a fate that could befall United on Wednesday evening.

United have admittedly benefited from playing 14 of their matches behind closed doors following the coronavirus outbreak and their run has been threatened on at least a couple of occasions.

At Tottenham, in their first game after Project Restart, they were a goal down with nine minutes to go before being rescued by a Bruno Fernandes penalty.

While at Southampton earlier this term they were 2-0 down with half-an-hour left before Fernandes struck again and Edinson Cavani scored twice in the final 16 minutes to turn the game around.

Although Fergie's side picked up many draws in their run, they also recorded some famous wins including an 8-1 win at Nottingham Forest, where Solskjaer came off the bench to score four goals.

The game stood as the record Premier League away win for 20 years until Leicester thumped Southampton 9-0.

Leicester though were on the wrong end of a hammering at Filbert Street in 1999 when Dwight Yorke scored a hat-trick for the Red Devils in a 6-2 victory.

The longest unbeaten run away from home in the Premier League is held by Arsenal's 'Invincibles' side who had gone the entire 2003-04 campaign undefeated in the top flight.

That run, along with their 27 games unbeaten away from home record held from April 2003, was ended when they were beaten 2-0 at Manchester United in October 2004.