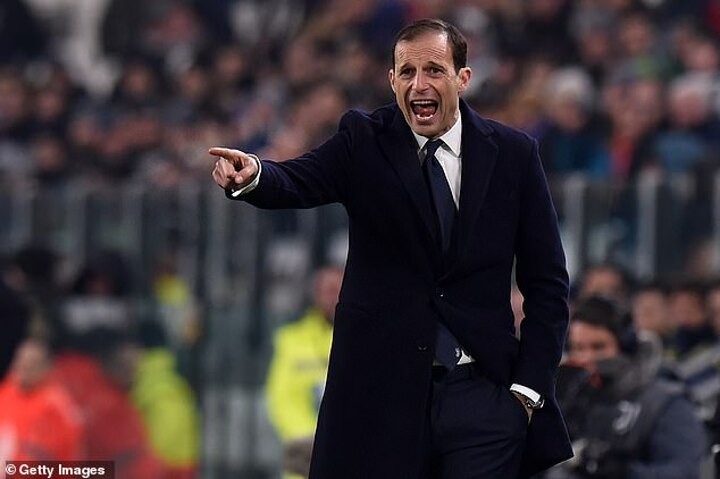 Max Allegri has set both Manchester United and Arsenal on red alert after admitting he wants to take on a venture in the Premier League.

The iconic manager has been out of work for almost two years after leaving his post at Juventus, and has been weighing up his options across the continent.

In recent weeks unrest has continued to mount at both Old Trafford and the Emirates, with United and Arsenal under-performing and serious questions being asked of those in charge.

Both clubs have been previously linked with Allegri's services, and would be expected to make an approach if either Ole Gunnar Solskjaer or Mikel Arteta were to be relieved of their duties.

Speaking to the Times this week, Allegri said: 'I would like to experience the Premier League.

'In Italy, I was in Milan for four years. Five years in Juventus. Now I expect (to work again) in Italy, but it is difficult, or in England.

'For me, English football is improving now because there are a lot of foreign trainers. There are more tactics compared to ten years ago. England now is more sophisticated, and more tactical, but is also respecting the tradition of English football.

'It’s a good balance of the spirit of English football and the new quality and new tactical approach of the new coaches.'

At Juve Allegri won five consecutive league titles, as he created a period of sustained dominance and added to the Scudetto title he won with AC Milan.

Both United and Arsenal find themselves in precarious situations, with the latter experiencing a slump in form which has seen Arteta make the worst start to a campaign of any Gunners boss.

The Spaniard held clear-the-air talks earlier in the week, which led to finger pointing and stormy conversations as players and staff made their grievances known.

After ten games played, Arsenal have lost half of their matches and sit in 14th position in the table.

Pressure mounted on the Norwegian in mid-week after United were defeated at home by PSG in the Champions League, leaving a nervy final match-day against RB Leipzig in Germany to determine who progresses.