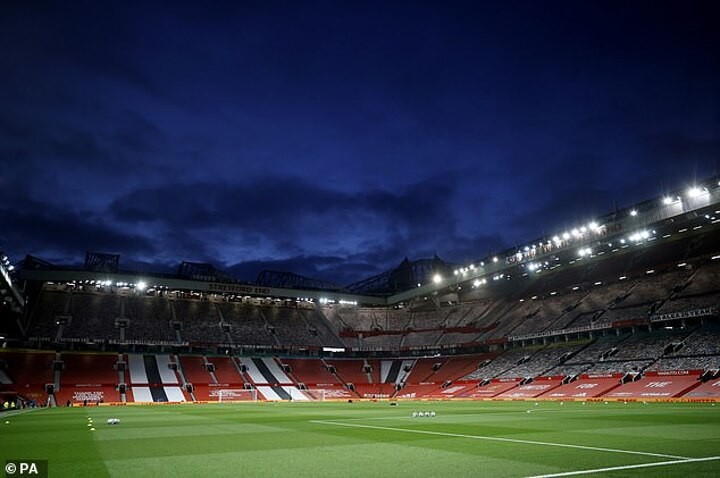 Manchester United have taken another financial measure in light of the coronavirus pandemic by borrowing £60million.

The news was confirmed on Thursday as the Red Devils announced their second quarter results between December 31 and March 4.

Last year United took out a £200m rolling credit facility as a safety precaution against a significant drop in revenue while the world continue to adjust with Covid-19 and its limitations.

And it is estimated that they have lost over £100m in income as a direct impact of coronavirus.

On Thursday, the club revealed that their matchday income had fallen 94.2 per cent from £55.2m to £3.2m over the corresponding six months in 2019.

An overall revenue reduction of £22m was limited only because the club played in the group stage of the more lucrative Champions League this season compared to the Europa League.

A return to the Champions League, albeit only for the group stage, saw broadcasting revenue up to £156.3m, an increase of 60.1 per cent.

United's penultimate match of the season, at home to Fulham on May 15, could host fans and United's executive vice-chairman Ed Woodward is excited about the return of supporters to Old Trafford.

'In the near-term, our focus remains on preparing for the return of fans to Old Trafford,' he said.

'We are seeing some positive examples around the world of live events with reduced capacity crowds delivered safely with social distancing.

'The successful rapid rollout of vaccines and falling rate of infections in the UK makes us optimistic about the Government's roadmap out of the lockdown, including plans for the gradual reopening of sports stadia to spectators beginning this spring.

'Initially this will be with limits on capacity, but we are hopeful of crowds ramping back up to full capacity next season.'