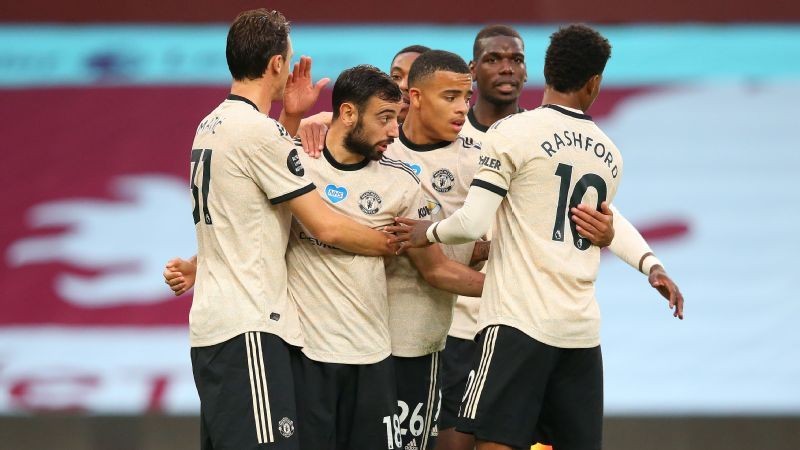 Manchester United kept up their fine form and further dented Aston Villa's hopes of staying in the Premier League with a 3-0 win on Thursday.

- FA Cup: Stream Man Utd-Chelsea on July 19 on ESPN+
- What did you miss? The latest from Europe's top leagues

Bruno Fernandes, Mason Greenwood, and Paul Pogba all scored to hand United their fourth straight Premier League victory and move them up within striking distance of a Champions League berth.

The win also made the Red Devils the first team in Premier League history to win four straight games by at least three goals.

Fernandes converted from the spot in the 27th minute after earning what seemed to be a questionable penalty following a challenge inside the box from Ezri Konsa.

There was no debate in Greenwood's score right before the half -- a powerful drive past Villa keeper Pepe Reina after exchanging passes with Anthony Martial. The strike gives the England youngster nine league goals on the season, tying United great Wayne Rooney for third most goals in a season by a player before turning 19.

Pogba snapped a 452-day scoreless drought when he cradled a shot following a corner kick in the 58th minute. The France international had seen a goal off called moments earlier when he was caught offside.

United are now one point behind fourth-placed Leicester City in the standings. Villa remain second-bottom with 27 points and on the verge of relegation.