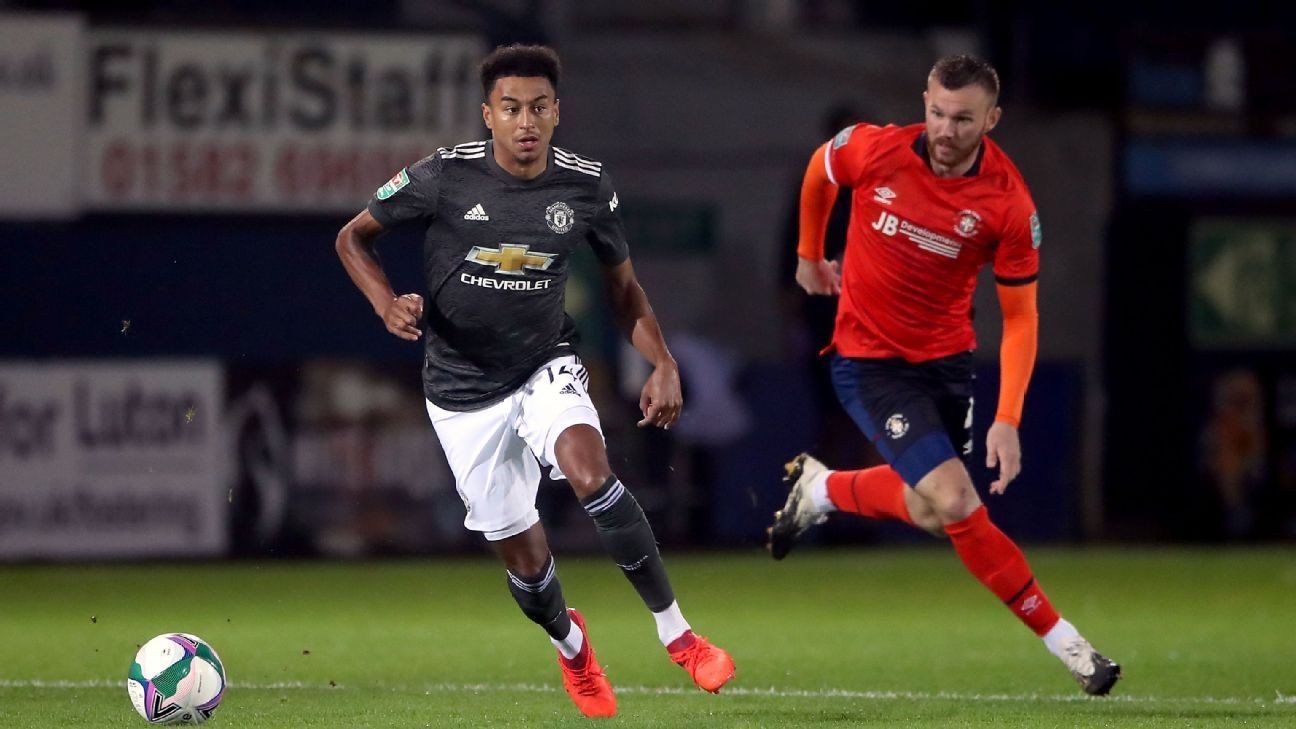 At the start of a season that will be busier than any he has known before, Ole Gunnar Solskjaer got an early look at what he has in reserve in a 3-0 win vs. Luton Town in the Carabao Cup.

If defeat to Crystal Palace on Saturday highlighted the shortcomings of his first XI, the trip to Luton Town provided the Norwegian with a glimpse at his supporting cast. Manchester United did enough to win and book a place in the fourth round of the tournament thanks to a Juan Mata penalty and a late double from substitutes Marcus Rashford and Mason Greenwood, but it was job done rather than anything spectacular.

Luton manager Nathan Jones said afterwards the scoreline "flattered" their high-profile visitors and it would be hard to argue with him. Across the touchline, Solskjaer asked for "a reaction" at Kenilworth Road after a dismal performance in the opening Premier League game and while there was no thrilling performance, he at least got a better result. Anything else would have been unthinkable against a Championship side who finished 19th last season, particularly ahead of difficult run of fixtures that includes games against Tottenham, Arsenal, Chelsea and Everton.

Mata said that starting the new campaign with two defeats would have been "a mess". A first win of the season should at least mean that United head to Brighton on Saturday with repaired confidence after it was so badly damaged by Palace.

Evra blasts 'arrogant' Man Utd in 20-minute rantShaw: Utd have to do more in transfer marketMan Utd need '4 or 5' games to catch up - Ole

There was a period in the first half when you sensed Luton, who had started their season with four straight wins, were smelling a cup upset but their one late chance at an equalizer was superbly kept out by goalkeeper Dean Henderson. The 23-year-old, handed his United debut after returning from a two-year loan at Sheffield United, did well to stay awake during a largely dull affair, let alone make a wonderful reflex save at his near post from Tom Lockyer's header.

"That is probably the job our keepers sometimes have to do," said Solskjaer. "You have to stay concentrated and make saves when needed and David [De Gea] has done that for years and Dean did that today.

"Going through is the big thing. There are some positives, the 'keeper does his job, we scored some nice goals towards the end and apart from that it was a good workout."

With two weeks before the transfer deadline, is Jesse Lingard's time at Man United nearing its end? Photo by Nick Potts/PA Images via Getty Images

It may not be enough to oust De Gea just yet, but it was a timely reminder of what Henderson can do. Solskjaer says his goalkeeping situation will be "interesting" this season and it was a save good enough to make it a little more so. Coming in the 80th minute with the score at 1-0, it also allowed Rashford and then Greenwood to wrap up the result and avoid the lottery that is a penalty shootout.

Solskjaer will be happy that Rashford, in particular, has his first goal of the season after looking rusty and short of confidence against Palace. It was the first time he has found the net since the middle of July as he continues to search for his best form after a serious back injury. That Rashford, Greenwood and Bruno Fernandes were needed at all showed how uncomfortable Luton made it for much of the evening.

They were driven by former Old Trafford academy graduate Ryan Tunnicliffe, whose dad once collected £10,000 from a £100 bet that his son, then nine, would play for United. He did it twice before leaving in 2013.

Solskjaer, meanwhile, can be happy with the contribution of Mata, Jesse Lingard and Eric Bailly. Mata wasn't even on the bench against Palace but showed here that he still has a role to play. At 32, the Spaniard knows he's not going to start every week but his touch, movement and vision still offers something different to Solskjaer's other quick, direct forwards. United could have done with his craft against Palace, who were happy to deny Rashford, Anthony Martial and Dan James space over the top.

Bailly, meanwhile, made a terrific block on the line following Henderson's initial save to cap an assured performance alongside Harry Maguire -- the one survivor from the defeat to Palace -- that will put more pressure on Victor Lindelof. Lindelof played a part in all three of Palace's goals at the weekend and it wouldn't be a huge surprise if Bailly -- quicker and stronger -- is preferred at Brighton.

Finally, Lingard was bright and energetic, especially in the first half, but it remains to be seen whether Solskjaer can offer him enough opportunities to keep him happy. At 27, Lingard is desperate to play regular football and it was telling that afterwards, Solskjaer refused to rule out a move before the end of the window.

The key question, though, remains whether anyone else will come in.

"We are working with what we have now and then let's see what happens," was the United manager's now stock response.