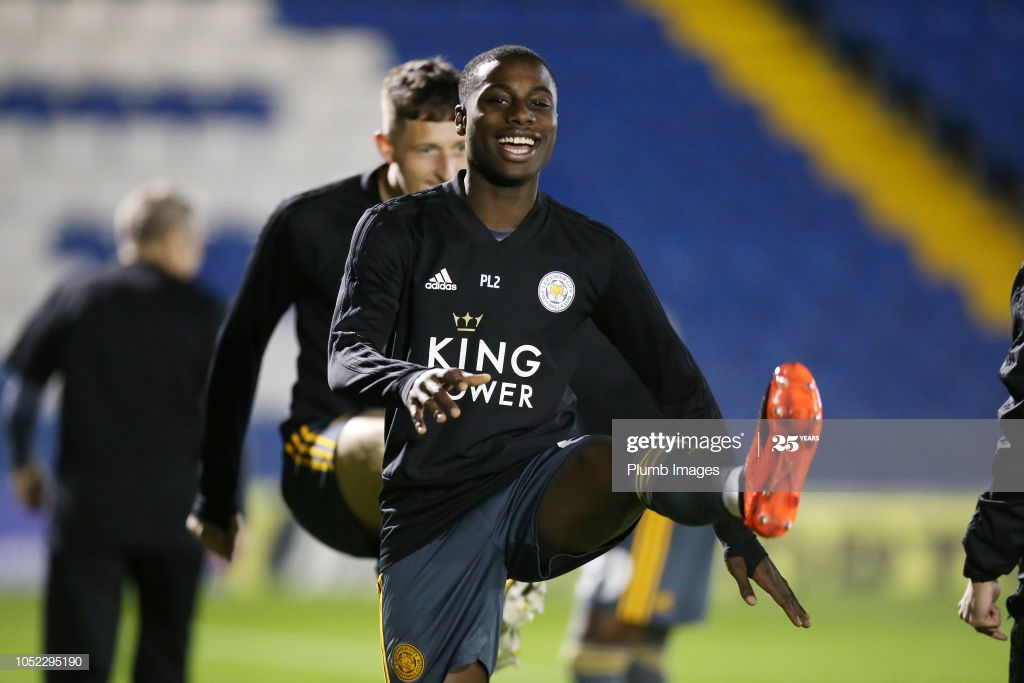 BURY, ENGLAND - OCTOBER 16: Dennis Gyamfi of Leicester City warms up ahead of the Checkatrade trophy tie between Bury and Leicester City at Gigg Lane on October 16, 2018 in Bury, England. (Photo by Plumb Images/Leicester City FC via Getty Images)

The 18-year-old, who is down the perking order in third, is reluctant to sign a new deal when his contract expires in the summer.

The Ghanaian has set his heart out for a departure from the King Power Stadium amid lack of playing opportunities.

Remarkably striking is the interest shown by giants Manchester United and Arsenal in the African ace.

Gyamfi could leave Leicester for free this summer. He has played for the Netherlands at international level in different age groups and he is now prepared to make the next step in his career.

The Leicester player has yet to make his first team debut for the club. Ricardo Pereira has prevented him breaking into Brendan Rodgers' side.