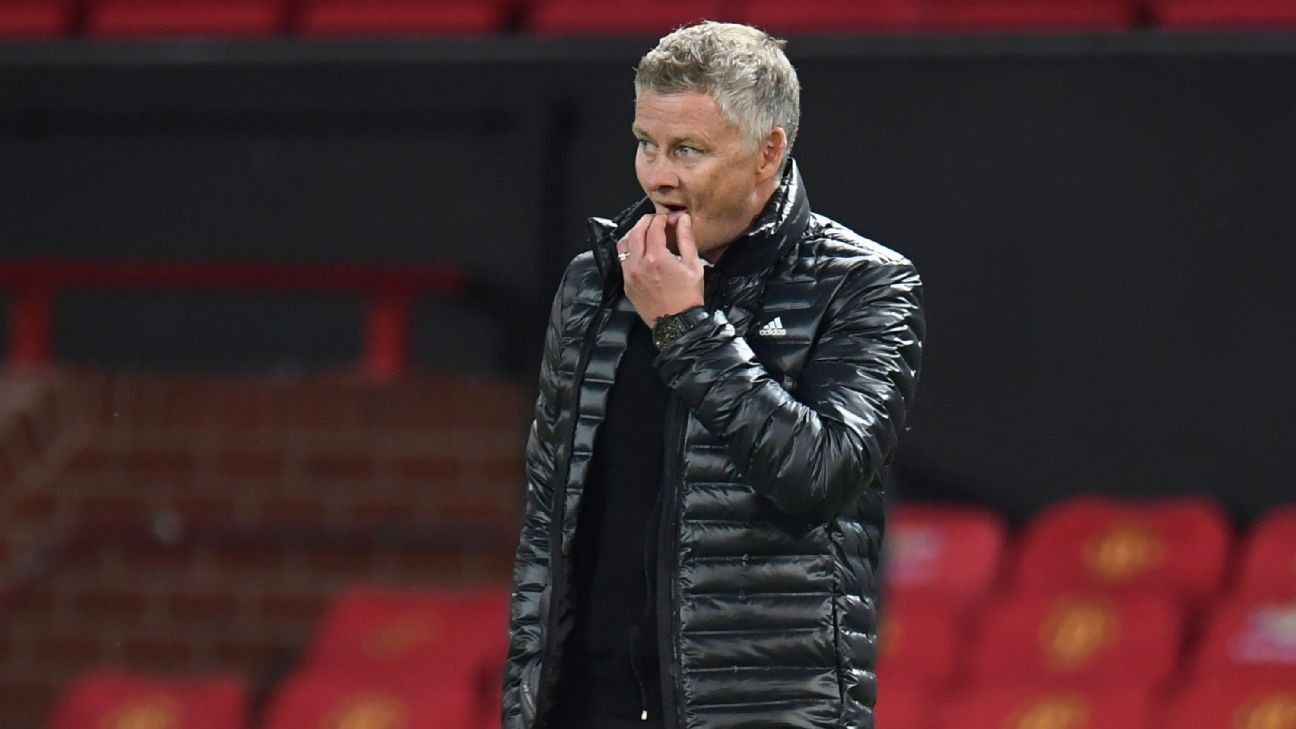 MANCHESTER, England -- What a strange day in Manchester. It started with one club, Manchester City, worrying about its Champions League fate and ended with the other, Manchester United, in a state of anxiety about its own prospects when everybody else expected it to be the other way around.

City's success in overturning a two-year ban from UEFA competition at the Court of Arbitration for Sport was unexpected pretty much everywhere apart from the Etihad Stadium boardroom, but the verdict has added a late sense of jeopardy to the race for Champions League qualification via the Premier League.

With City out of the picture, fifth place would have been enough, but a sedate final straight for Chelsea, Leicester and United is turning into a desperate scramble for two places rather than three. Thanks to a dramatic 2-2 draw at home to Southampton, with the visitors equalising six minutes into second-half stoppage time, City's crosstown rivals have made life more difficult for themselves.

"That's football," manager Ole Gunnar Solskjaer said, when asked whether United had missed an opportunity to climb to third. "You have key moments and that was one which went against us. It was the worst time to concede a goal, but it happens in football. You think you have the three points in the bag, but we probably didn't deserve them today."

Heavy defeats for Chelsea and Leicester at the weekend -- 3-0 at Sheffield United and 4-1 at Bournemouth respectively -- had given Solskjaer's side the chance to climb to third with a win at Old Trafford.

But United are now on the flip side of the City decision, with substitute Michael Obafemi's 96th-minute goal canceling out first-half strikes by Marcus Rashford and Anthony Martial to deny United victory and leave them fifth, level on 59 points with Leicester and one behind Chelsea. All three clubs have three games to play, so it is going to be a tense dash to the finishing line.

United have put themselves back into contention for a Champions League spot by relentlessly punishing mistakes made by those immediately above them, but their own inability to hold a lead on Monday has given Chelsea and Leicester a chance to turn the screw before Solskjaer's side play again, at Crystal Palace on Thursday.

Chelsea face already-relegated Norwich at Stamford Bridge on Tuesday, with Leicester hosting Sheffield United two hours before United meet Palace, so the full cost of dropped points against Southampton could be having to win at Selhurst Park simply to keep pace.

Ole Gunnar Solskjaer's side extended its unbeaten run to 18 games, but Man United were left to rue conceding a late equaliser. Getty

But all three clubs have difficult games to play between now and the finishing line. Chelsea, who meet United in the FA Cup semifinals on Sunday (stream LIVE on ESPN+ in the U.S.), must go to Liverpool and win at Anfield on July 22 to avoid having to beat Wolves at Stamford Bridge in their final game four days later.

Leicester and United, meanwhile, could be on a collision course for a winner-take-all showdown on Decision Day. Brendan Rodgers' side travel to Tottenham on Sunday, after which United meet West Ham on the 22nd, before it's Foxes against Red Devils on Decision Day.

United should probably still be viewed as favourites to finish in the top four. They are unbeaten in 18 games in all competitions and have a front three of Martial, Rashford and Mason Greenwood that, with 58 goals, has outscored the strike forces of Liverpool, Juventus and Barcelona this season.

They also have Bruno Fernandes in midfield, but the positive of being able to call on Paul Pogba's creativity was outweighed by the negative of his carelessness in possession against Southampton, which led to Stuart Armstrong's opening goal of the game. At the back, United are one-paced and prone to mistakes and Southampton's high-pressing game caused countless problems.

Moreover, Solskjaer named the same lineup for the fifth successive league match and his players looked fatigued after seven games in 24 days. Changes might be forced upon him for the trip to Palace after left-backs Luke Shaw and Brandon Williams both suffered knocks on Monday.

"I don't think tiredness is the case," Solskjaer said. "It was just one those occasions when the opposition took their chances and we didn't take ours. We never got into our rhythm today."

With every other team in the Premier League's top 10 suffering at least one bad result since the restart, it was perhaps inevitable that United would hit a bump in the road at some point. They are fortunate in that they have time to recover and still control their fate, but if they get so close to a Champions League spot and then miss out, it will leave a bitter taste.

Especially if one of the reasons they miss out is because their Mancunian neighbours have pulled off the most unexpected of victories off the pitch.